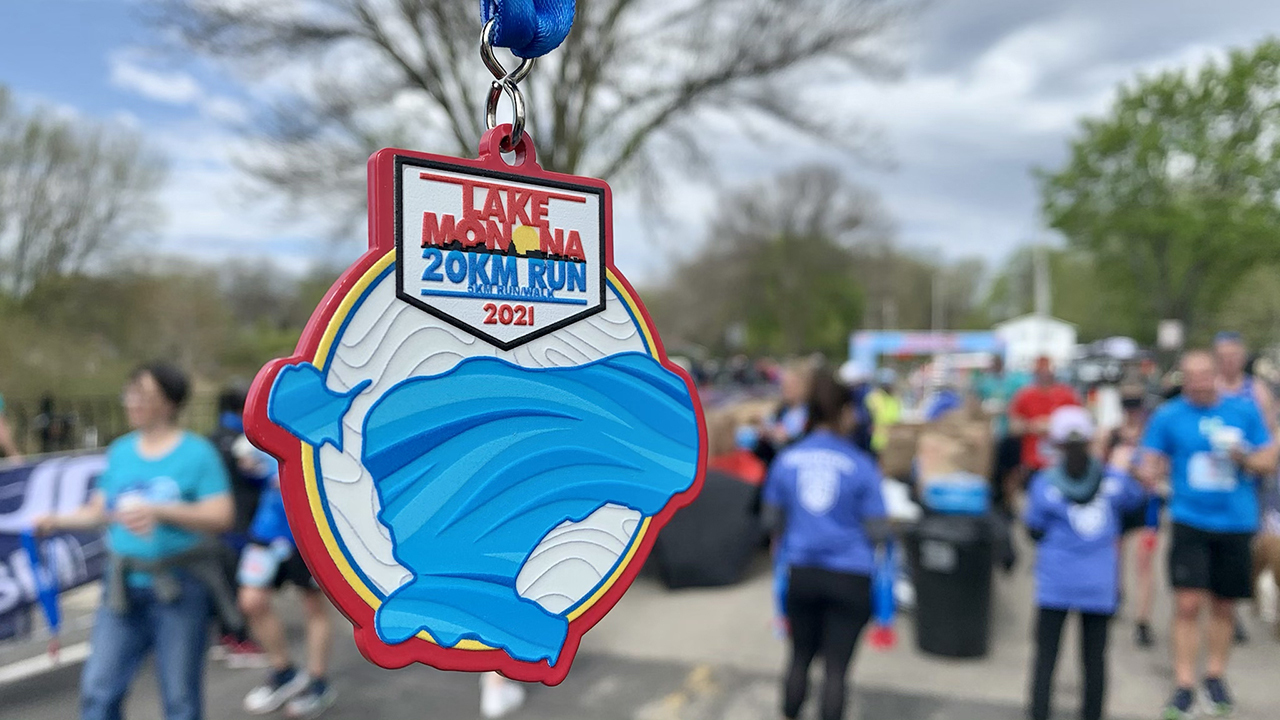 The last time I participated in a real and in-person running race was over six months ago in the Sunday Lake Marathon in Wakefield, MI. If all (or at least most) had gone according to the plan, I’d have run the Milwaukee Marathon about three weeks ago. When Stephen suggested this hitherto unknown event as a potential Spring racing opportunity, it was difficult to pass up – especially since it lined up well with modified Summer marathon training plan. While there’s nothing wrong with virtual events and time trials, there’s only so many  one can do. I signed up for this event as it’d give me a chance to travel outside of my region well after two weeks past the second COVID-19 vaccination and serve as the first real and in-person running event of 2021 calendar year.

When I signed up for this event, in the middle of April, the aforementioned training plan for a Summer marathon was intact. However, 10 days after signing up and a week before this event, I decided to scrub the remaining seven weeks of the training plan. I wasn’t injured or anything. I’ll likely disclose the underlying reasons in a subsequent journal entry. So, between last week of April through the Summer marathon, every outing would be an unstructured activity and I’d run (and race few events I had previously signed up) throughout this period mostly by feel.

Stephen and I had made plans to leave Houghton around noon the day before, and so we did. The drive included a few stops but was uneventful. Per our plan, we stopped at Lisa‘s house for dinner after picking up our race packets in Fleet Feet. The dinner from the Green Owl Cafe (thanks, Lisa!) in the company of good people was lovely! We then made our way to the hotel and called it a night shortly thereafter. 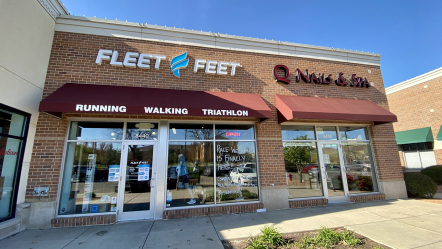 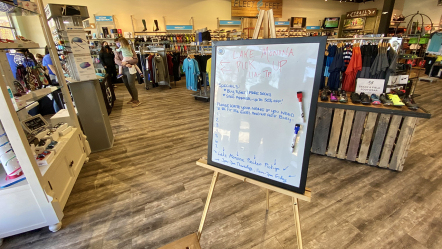 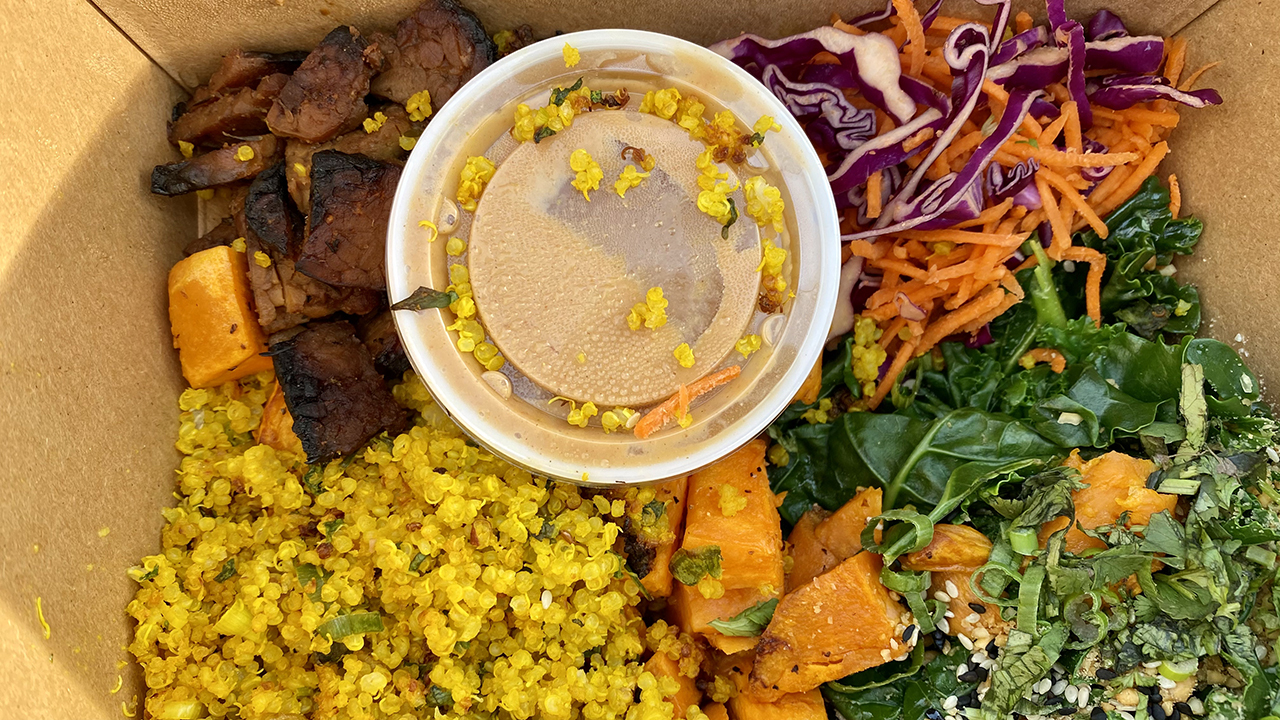 Race day morning came at a very relaxed pace and after a night of mostly restful sleep. The event being an unstructured activity was one of the reason for this relaxed pace. The event’s start/finish line area being only a few minutes drive from our hotel was the rest. The morning was a mix of sunshine, cloud cover and WIND. We got to Winnequah Park about an hour before the start. After checking out the actual start/finish area with Stephen, I stayed close to the car for my warmup routine. A fellow racer, a former participant and a local let me join her for about a mile. I used the next several minutes to do form drills and strides, and formalize the racing outfit.

It had been quite a while for many things that only happen in real races: smiling at and striking up conversations with fellow racers and their families, catching up with ole friends we haven’t seen in a while, standing for the national anthem, pre-race jitters moments before the starter’s pistol is fired (or its equivalent sound), wading through the herd over the initial mile or two, settling into a rhythm, looking at the watch few times too many every minute, and so on. With Gus (and his lovely better half, Andrea) being the ole friends I hadn’t seen in a while, I got to experience all the aforementioned items in a span of about 7-8 minutes on either side of the starter’s horn.


Warning: include(): Filename cannot be empty in /var/www/sgowtham/wordpress/wp-content/plugins/include-me/plugin.php on line 74

Warning: include(): Failed opening '' for inclusion (include_path='.:/usr/share/pear:/usr/share/php') in /var/www/sgowtham/wordpress/wp-content/plugins/include-me/plugin.php on line 74


The event started on time. It took a few seconds for the crowd to get moving and for me to cross the starting line. As expected, the first couple miles were slow because of wading through but that was totally ok. I had assumed that, because the course went around Lake Monona, the course too was the water/lake level and as such, mostly flat. The first mile proved my hypothesis was incorrect … very incorrect. Shortly after crossing the first mile, it was a lovely sight to see my friends – Karen, Adam and their little one, Hazel – cheering me on!

As is common in most races, there was plenty of wiggle room by mile the end of mile #2. Sometime by mile #3, I was behind a pack of what seemed like a group UW Madison Track and Field / Cross Country athletes (I have no way of verifying my assumption that they were even collegiate athletes let alone they were affiliated with UW Madison) and they seemed to be cavorting their way around the course at what seemed like a leisurely 7-ish min/mile pace. Getting cheered on by Kelly shortly before mile #4 was another Running behind them and running with a few fellow runners a few strides apart made it almost effortless to hold the pace in the neighborhood of 7:10 min/mile through mile #8. Usually less than easily noticeable tailwinds had their say in feeling as good as I (and most others too) did until about this point in the race. 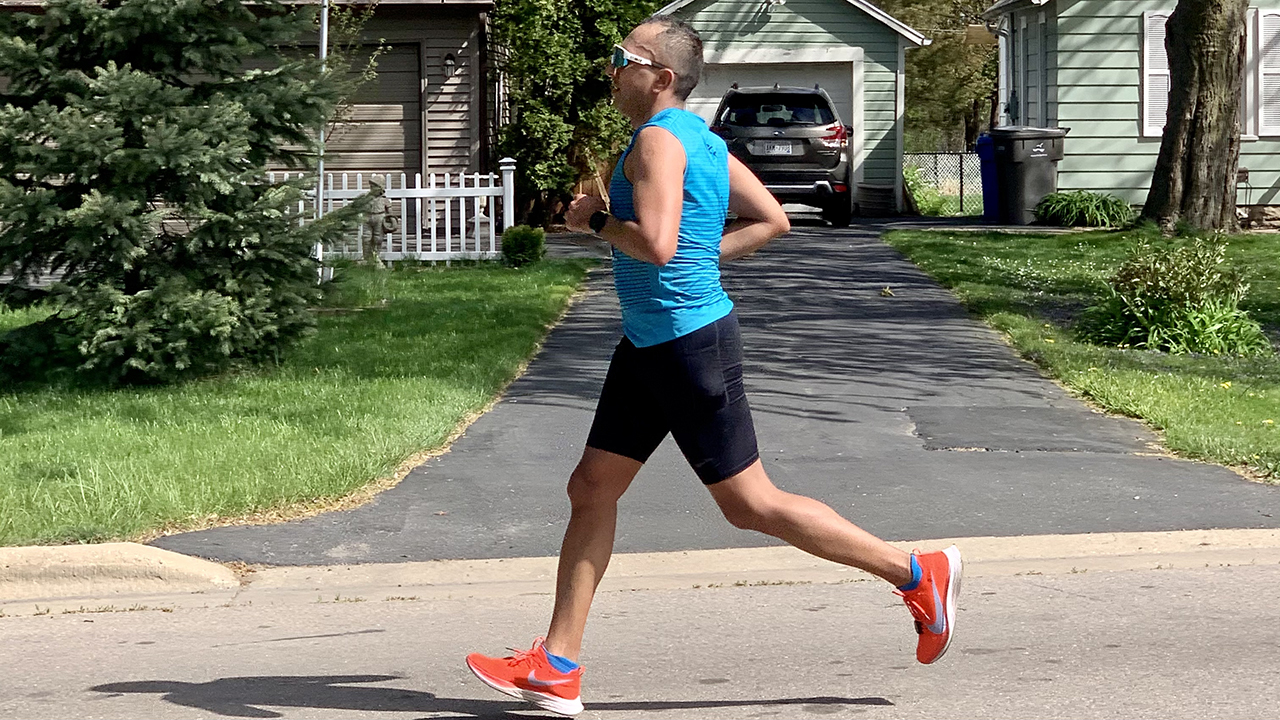 As the course made a turn shortly after the 8-mile mark, we all encountered a wall of headwind. We all knew we’d encounter it at some point in the course and I am sure, like myself, most of us were hoping (and praying) that we’d get to face it for as little as possible. It was certainly a factor over much of the final 5k. I felt like the form was breaking down a little and thanks to Kelly, I do have photographic evidence of heal striking. The aforementioned group of cavorting (potentially) UW Madison athletes had fizzled out and that probably didn’t help my cause. 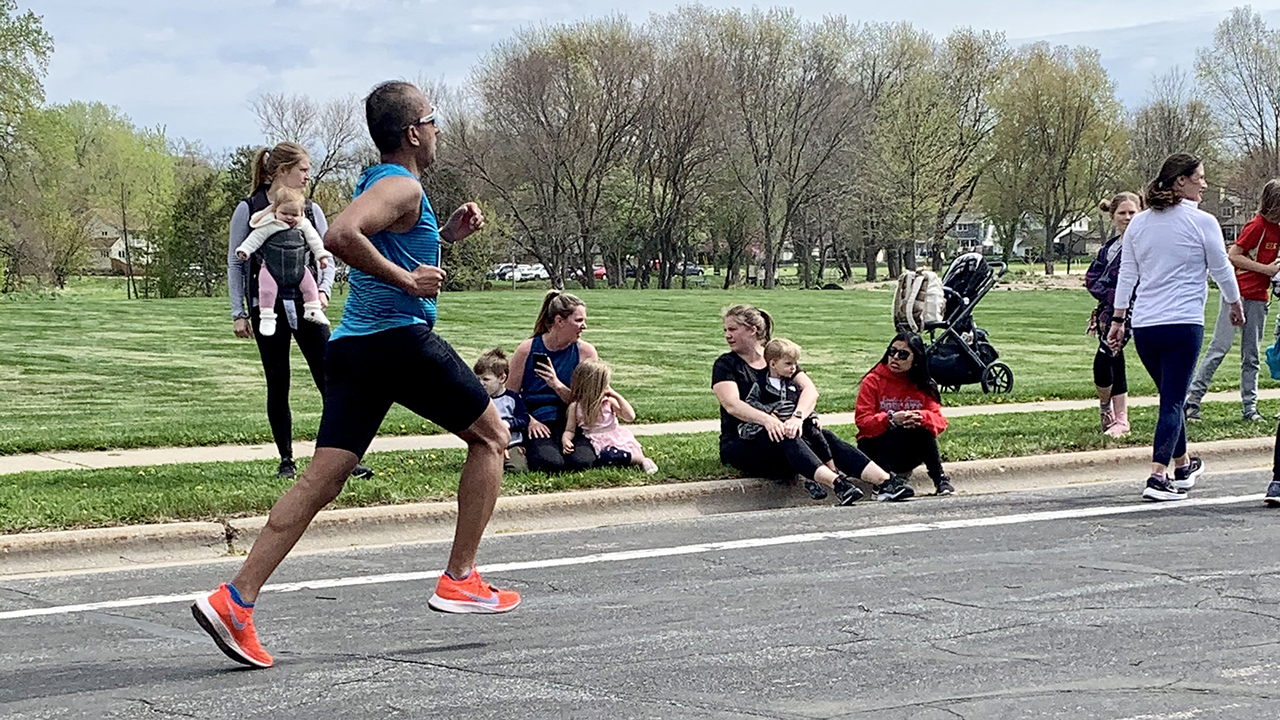 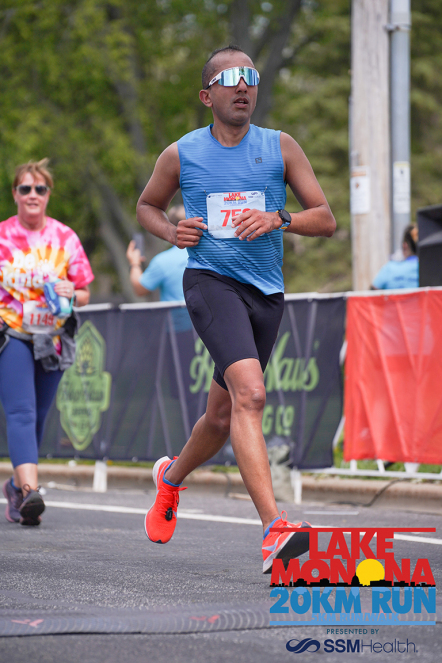 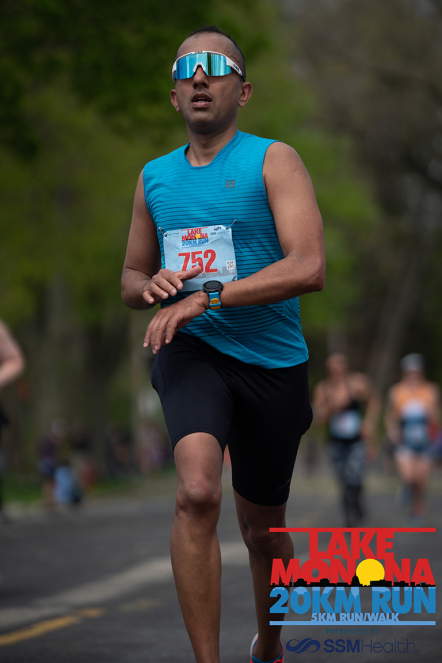 As I crossed the 12-mile mark, Stephen – on his cool down run – encouraged me to rectify the form and pick up the pace. I duly followed and crossed the finish line with the clock showing 1:31:05.09 (7:20 min/mile). It was about 2-3 minutes slower than what I’d have liked but given that this was the first real and in-person running race in 6 months, given that I was coming off a voluminous XC skiing season and given that we encountered/endured strong headwinds, I was quite content with it. The result/time was good for 81/747 overall, 66/353 in gender and 15/105 in AG.

Stephen and I spent some time catching up with Kelly around the finish line. Once our respective cool down runs were completed and after picking up some critical supplies, we hit the road. The drive included a few pit stops – for food and to stretch our limbs, and was uneventful.