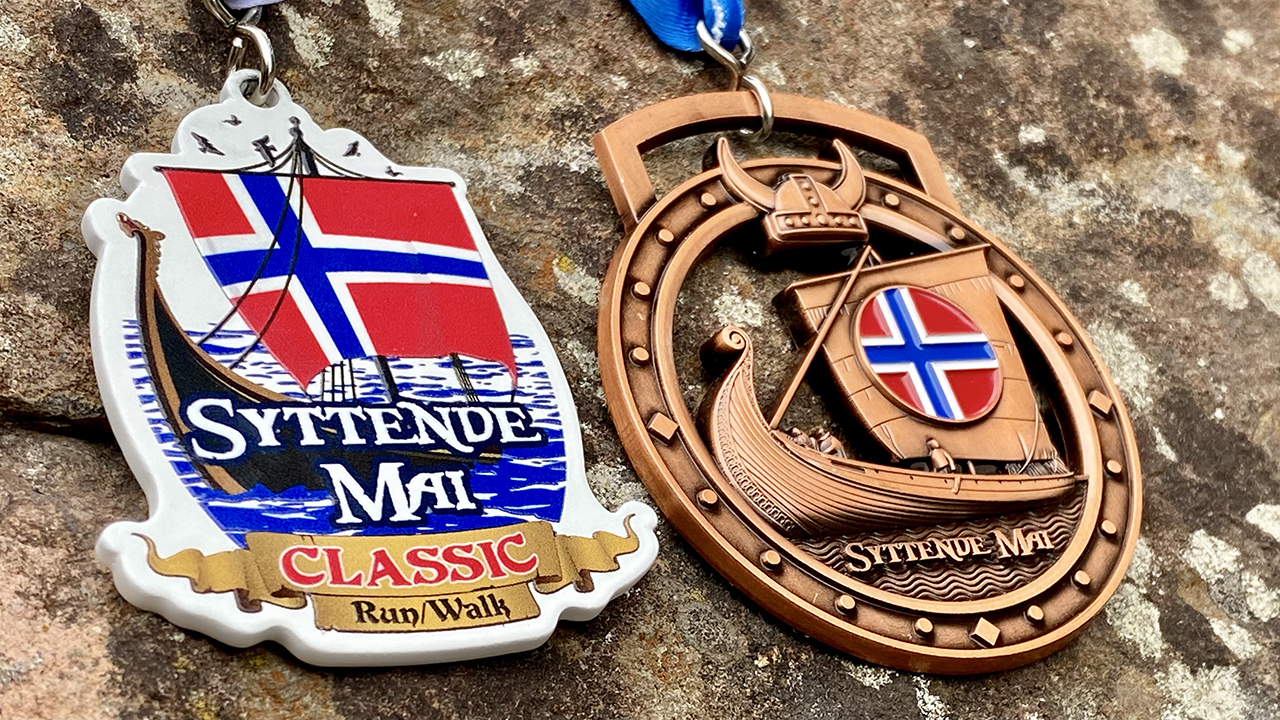 The last time I participated in a real and in-person running race was about two weekends ago – Lake Monona Run in Madison/Monona, WI. As noted in its journal entry, if all (or at least most) had gone according to the plan, I’d have run the Milwaukee Marathon about five weeks ago. Googling for a now defunct event (details later), I found this event as another potential Spring racing opportunity. It too was difficult to pass up – especially since it lined up well with modified Summer marathon training plan. Given the safety measures I and the organizers had put in place, signing up was a no brainer. When I signed up for this event, in late April, the aforementioned training plan for a Summer marathon was intact. However, within 24 hours of doing so, I decided to scrub the remaining seven weeks of the training plan. As noted in the previous journal entry/race report, I wasn’t injured or anything. Since that time and through the Summer marathon, every outing would be an unstructured activity and I’d run (and race few events I had previously signed up) throughout this period mostly by feel.

As with Syttende Mai (Seventeenth of May – the Norwegian Constitution Day), I’d say that’s the second Norwegian phrase I learned in my life … Lutefisk being the first. And my first encounter of that phrase came about when I read Walter Rhein’s book, Beyond Birkie Fever. With what little Norwegian heritage I had acquired from cross country skiing in recent years, the timing of Syttende Mai (I know, it’s rather ironic) hadn’t registered well in my mind. Initially, my search revolved around the now defunct 16.2 mile run held as part of the Syttende Mai festivities in Grantsburg, WI (courtesy of the aforementioned book). I figured I’d visit that town and just run the course by myself one of these years – a plan that never materialized. I was (and still am) pretty glad that I found the Syttende Mai Festival of Stoughton before this year’s Syttende Mai and that it had an organized, timed, real and in-person athletic event associated with it.

I had made plans to leave town early Friday morning. The drive started with a false start of sorts. I had barely made it to South Range when I realized I hadn’t packed enough gels for the race. It was easy enough to turnaround and pick them up from the house instead of putting something in my body that I hadn’t practiced before and potentially upset my stomach or worse, lose out on a limited racing opportunity. The drive, although being a 30-45 minute longer, it included couple pit stops and was uneventful.

Checking into the hotel was a breeze and so was picking up the race packet at Hop Haus Brewing in Fitchburg. Given the chance, it has been my practice to at least review/preview the course. It likely takes away some element of surprise but it also help me plan how to ration my resources and potentially design a pacing strategy. After a couple of turns and turnarounds, I found the starting point. The organizers had done a pretty terrific job of marking the course and all I had to do for the next 10 miles was make a mental map of the terrain’s texture as I followed the green arrows. Several of the next hours were spent with my friends from grad school days – Karen, Adam, and their little one, Hazel, at their house … enjoyed a yummy meal and yard bowling! Once I got back to the hotel, I didn’t stay up too long and was in bed by 10:30 pm. 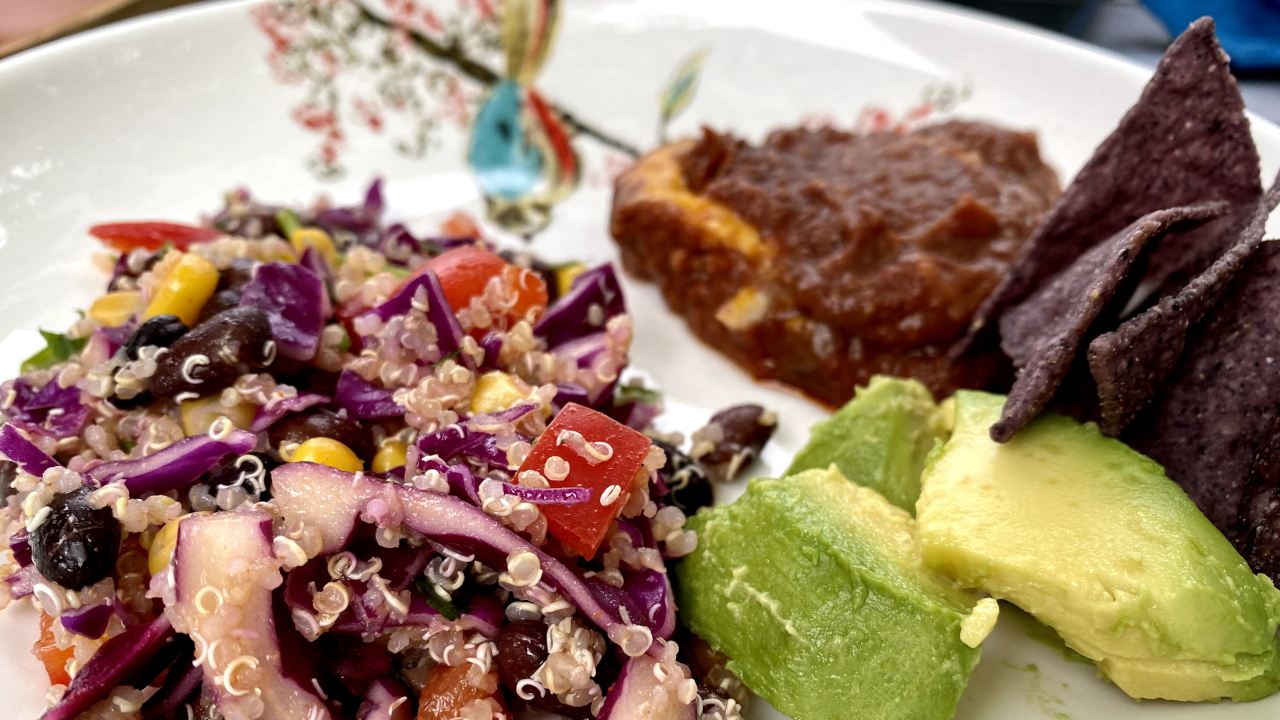 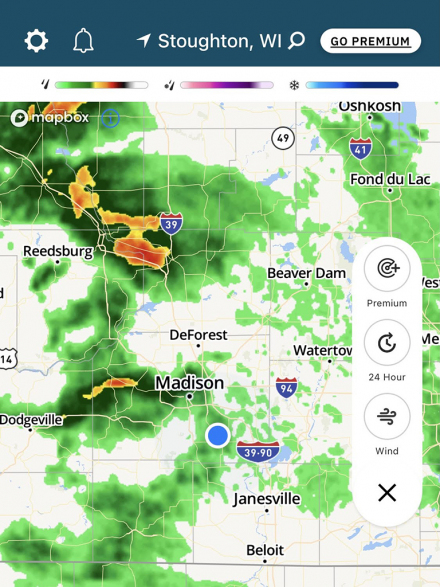 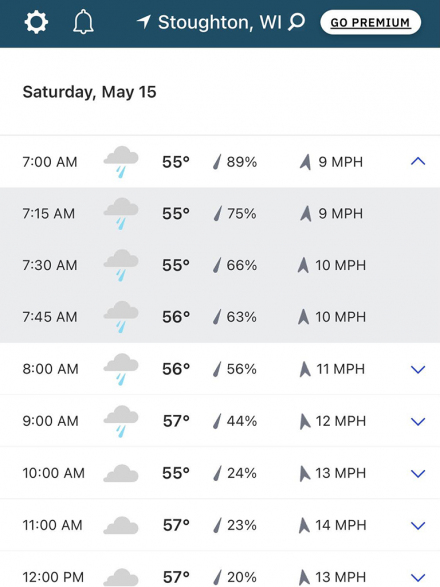 Race day morning came a bit earlier than last time – partly because I had a 20 minute drive to Stoughton, find a place to park and catch a bus to the start. All those things went without a hitch and so was the drive to the start. Predicted rain showers and winds were a little discomforting at first but once I realized there was nothing I could do to change any of it, I was ok. With about 45 minutes to start, I started my warmup routine – jogging about a mile or so out, and then some strides on the mile back in a barely noticeable drizzle. Based on how the warm up felt and taking the previous race performance into account, I made up a goal of achieving an average pace of 7:15 min/mile for this event (or a finish time of 1:12:30). There was enough time chat with a few racers as well as volunteers and drop the bag off before lining up in the starting corral.

By the time the starter’s horn was sounded, the rain had stopped. Without the cross/head winds, the conditions might have been more humid than manageably cool. There wasn’t much for crowd support along the course but the sights and smells of a serene pastoral landscape easily made up for it. I had the opportunity to chat with a couple of fellow runners and a handful of walkers through the first couple miles. The rest, barring an occasional interaction with spectators along the way, felt mostly like a solo workout as the miles rolled on by. 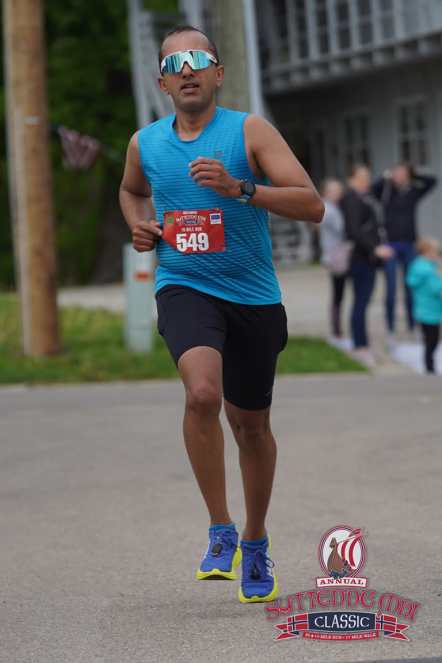 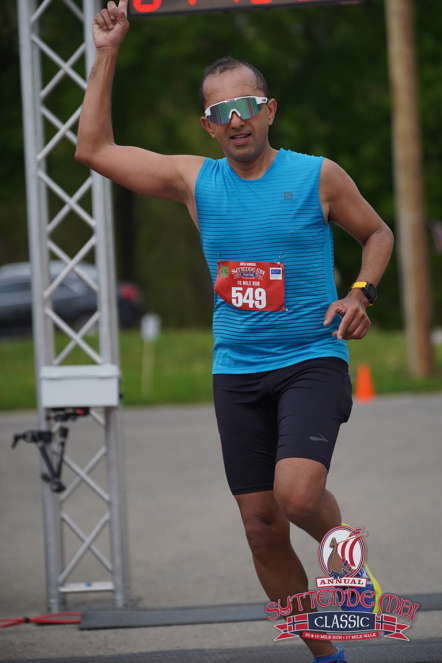 The final couple miles had increasingly more crowd support as the course went through downtown Stoughton. Based on the photo evidence and post-race lessons from the last event, I did pay better attention to my form over those couple miles. I crossed the finish line with the clock showing 1:13:15.94 (7:20 min/mile OR 7:15 min/mile taking the extra tenth of a mile into account). The result/time was good for 19/192 overall, 19/82 in gender and 3/18 in AG.

Post-race festivities included a warm down run along the corse, getting a bite eat (and sip to drink) at the Nauti Norske with friends, enjoying the cuisines of Fitchburg and then dinner at  Alchemy with Lisa and Christian.

The drive home started after a beautiful run through Fitchburg mostly along bike paths and bike lanes and a bite to eat at Migrants. There were a few pit stops along the way but the journey was uneventful.