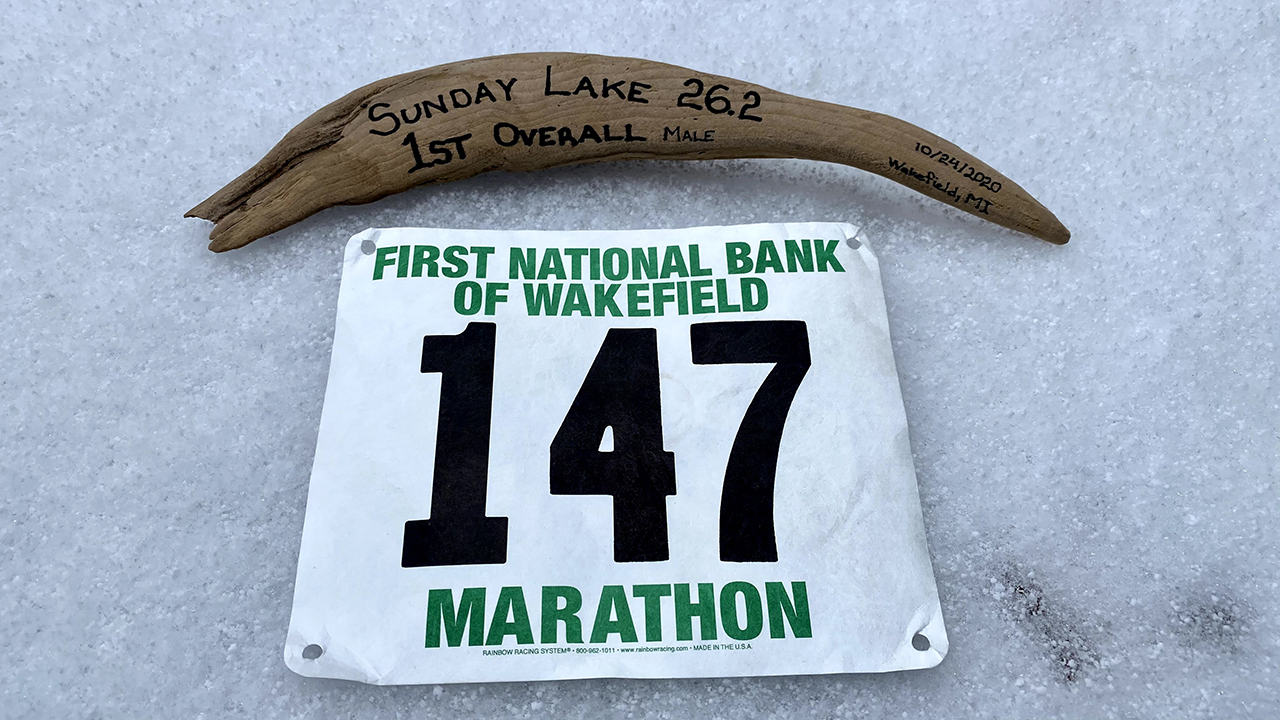 After the 20-week training plan that culminated in the 2020 Holland Haven Marathon in mid-September, I had taken a week off before starting a 12-week training plan to continue working on my weaknesses. Maybe it was the cumulative fatigue of nearly 26 weeks of structured training plan OR a rather sudden change in weather (read: arrival of snow and frigid-ish temperatures) OR likely, a combination of both, I was starting to feel a monotonic decrease in motivation to keep up with the workouts in this new plan. My body seemed to take a bit longer than usual to recover from said workouts. Review of training material and chats with friendly mentors re-iterated the benefits of a short self-imposed break before mental burnout and/or physical injury compared to a potentially longer forced break. As a result, I decided to run the 2020 Virtual New York City Marathon in week #5 (or week #26 – if I am counting the first 20-week plan as well), end the plan and take a break to rest and recharge for the upcoming winter.

Though the details and eye candies from (including the rationale and resources I used for) the first 20-week training plan were already showcased in a previous journal entry (2020 Holland Haven Marathon), I decided to include similar entities for the entirety of 26 weeks (i.e., the first 20-week plan, 1-week break, the final 5-week plan) below for completeness sake … should I (or one of my friendly mentors) be interested in reviewing them and design (or suggest) modifications that will make me better down the road.

As the training log indicates, there were plenty of virtual events I was able to participate during the past ~6 months. As we understood COVID-19 better, I was even fortunate enough to be a part of several in-person events … something I didn’t think would happen once the world as we know of came to a screeching (or screaming) halt several months ago.

While the past 26 weeks have been the most disciplined and committed I have ever been in my life to running and while I am fairly confident to call myself a runner (i.e., a noun) rather than as someone interested in running (i.e., a verb), I have plenty of room to improve over the next training cycles. A short list of THINGS TO DO (BETTER) are as follows:

As I started looking for potential courses to run the 2020 Virtual New York City Marathon, I intended to find a semi flat loop (~3 miles) or a semi flat stretch of ~6.50 to facilitate setting up a minimum number of aid stations. As the week progressed, I got a word from Bill Sved that the Sunday Lake Marathon (formerly known as the First National Bank of Wakefield Marathon) would be held with limited participants (maximum 25) while complying with guidelines from relevant authorities. In spite of being BYOE (i.e., Bring Your Own Everything) and having no aid-stations, there was a lot to love about this news: it would be a real in-person race, course would be a semi-flat loop (providing access to my car every ~2.75 miles), the location – Wakefield, MI – would facilitate making it a day trip, and Bill didn’t mind if I double-dipped the run to count towards the 2020 Virtual New York City Marathon. 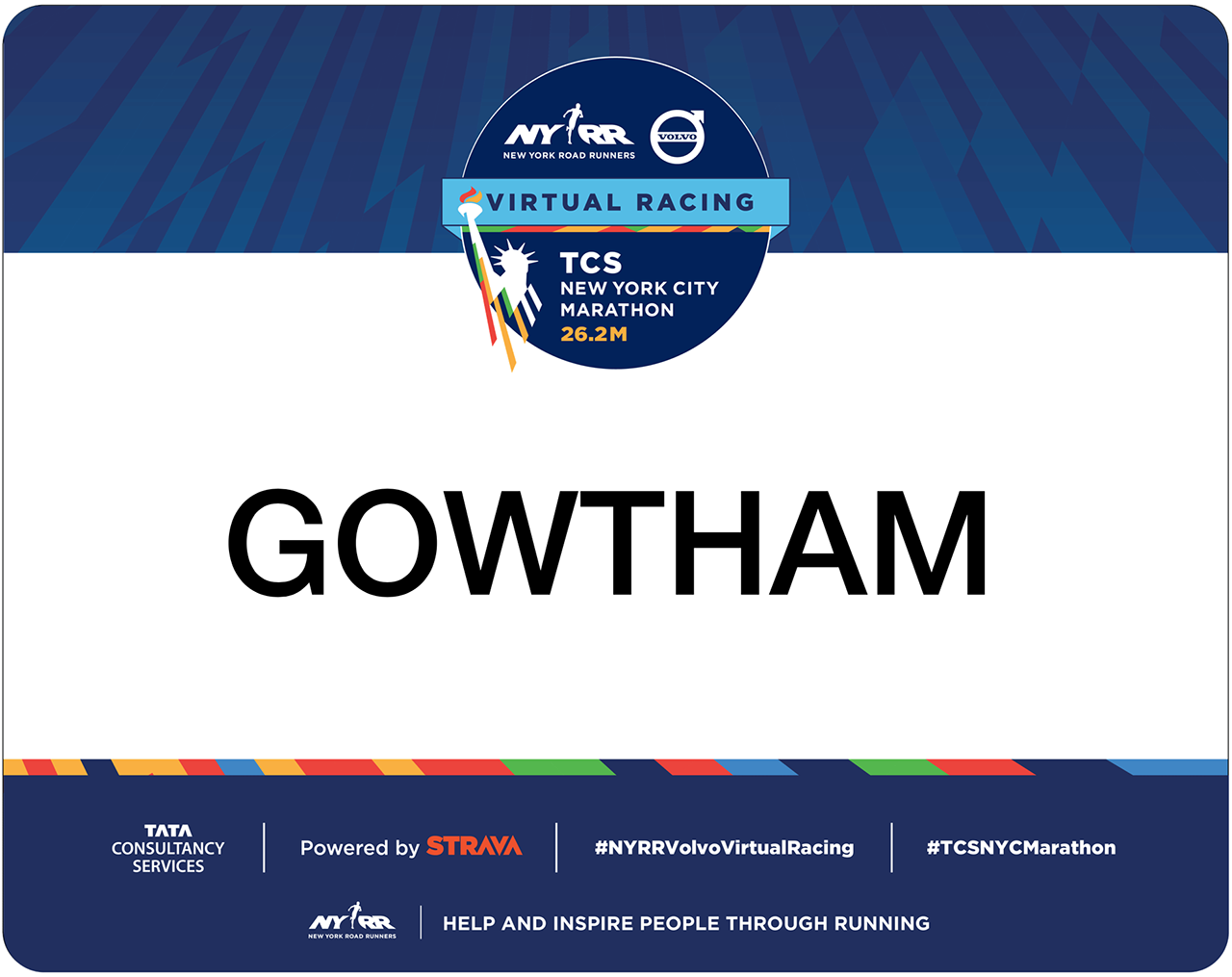 Given the 4:30 am wakeup call, the night before involved no wild parties and had ended promptly around 9 pm. Having packed a bag of everything I needed the night before, including a couple different kinds of shoes to run in (regular racing flats and medium-tread trail running shoes), I left Houghton around 5:45 am. For about 25 of the first 35 miles, it snowed quite heavily – making the conditions nearly whiteout and driving nearly white knuckle. I was moving so slow that the scene mimicked more of a Star Trek’s hyperspace. Fortunately, there was no one ahead or behind me, and I was able to shake the feeling off to continue driving. Rest of the journey continued to be safe and uneventful. I arrived in Wakefield around 7:00 am local time just a few seconds behind a fellow participant, Karen, from Gwinn, MI. 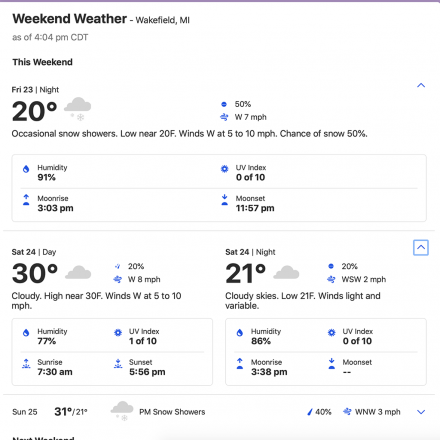 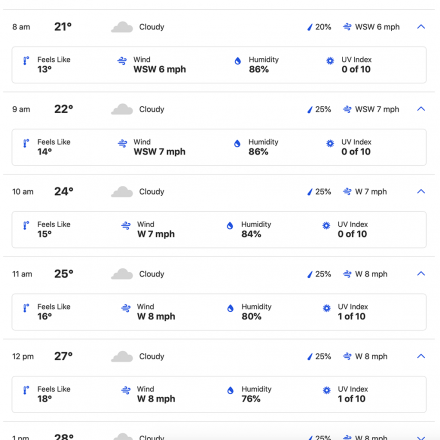 Predicted weather for the day … was a bit on the cooler side. Snow was in the forecast and the temperature was expected to hover in the 20s. There was a potential for snow (or even ice – especially the dangerous transparent ice) on the course. I had been a part of similar weather conditions in a marathon before – 2019 WhistleStop Marathon – nearly a year ago and not too far on the other side of the Cheddar Curtain. Learning from that experience, I decided to dress up in long pants and a light windshield jacket. Another important experience from the WhistleStop Marathon was the cold air (and snow) nearly freezing sweat in the upper parts of my legs and rendering them like heavy pillars of ice. So, I did take the necessary measures to prevent a similar thing from happening this time around.

Arriving early gave me an opportunity slowly to drive around the lake – to test the road and sidewalk conditions. Karen had the same idea and we drove, separately, around the Sunday Lake. There was a noticeable amount of snow and ice on the course. In hindsight, the drive through course preview with Karen prevented me from running a warm-up lap … but in a good way. Given that sun hadn’t risen yet, there was a very good chance that I wouldn’t have seen the transparent ice in a few places and could have taken a fall or two … ending the race before it even had a chance to start!

As more and more runners started arriving as the time got closer to the start, I had enough time to catch up with Jim Engel (the race director when the event used to be The First National Bank of Wakefield Marathon), get my bib, make myself a PB sandwich and set up my aid station in the front seat of my car. Jim was kind enough to voluntarily shovel off the snow around my car to ensure I had easier access to the aid during the race and more importantly, keep my feet as warm as was possible during such stops.

The race started a couple minutes after 8 am local time and Erik, one of the kind-hearted volunteers, kept track of the lap count for runners as well as the final time. Prevailing weather and resulting course conditions shelved the pace plan Ray Sharp had graciously provided. Respecting the said conditions, I started slow. The course first started clock-wise for about 0.86 miles before turning around. Given that each lap around the Sunday Lake was 2.73 miles, I had experienced the entirety of the course once by about 3.60 miles into the race. By this point, I felt 8:15/8:30 min/mile is something I could hold for a while to earn a top 3 finish (a new goal made up on the run; as such, the time goal of 3:43:00) and settled mostly solo-ly into this rhythmic pace.

The light windshield jacket I wore carried the necessary gels. Not counting the first 1.72 miles (i.e., the initial out and back to start the race) and the first full lap after that, I stopped at my car very briefly after each lap to get a sip of water. Jim’s kindness came in very handy during those brief stops – saving my feet from freezing more than it was necessary. Putting a very useful tip Christine Handler had shared with me to use (it was for the 2019 Vasaloppet USA), I stopped a bit longer by my car around the halfway point of the race to discard wet hat and buff for warm and dry ones. Without them, the second half would have felt lot colder and very likely, a lot more miserable.

Attempting to keep track of the approximate time I took for each 5k kept my mind occupied as I circled the Sunday Lake. It remained approximately same for 25-30 km as far as I could remember. By the time the marathon began after the first 20 miles, the slippery/icy surfaces had jarred my footing ever so slightly but so many times that they had exposed my inconsistent strength training routine (specifically, stability muscles). There was starting to be noticeable flurries in the air, winds seemed to have picked up a notch or two and just enough pain in the hip flexor area. I gave into the pain and resorted to walk-run combinations over the final 2 laps hoping that whatever lead I had built over the previous half a dozen laps was sufficient to win the race.

As is often the case in such scenarios, the final mile and a quarter took forever. Finally, I crossed the line a few ticks before 3:54:00. Erik, the aforementioned kind-hearted volunteer lap and time keeper, mercifully indicated that I had no more laps to run! The time was good enough for 1/9 overall and 1/YY in gender – my first ever race win! And just the way it worked out, Bill had just finished a lap and stopped for aid by his car. He paused a little longer to provide me the necessary details before continuing on. Erik had the award – a piece of (I am assuming and hoping) Lake Superior Driftwood (courtesy of Jim Engel) and a UP Road Runners Club Coffee Mug (courtesy of Bill Sved) – and was kind enough take a few pictures for me! 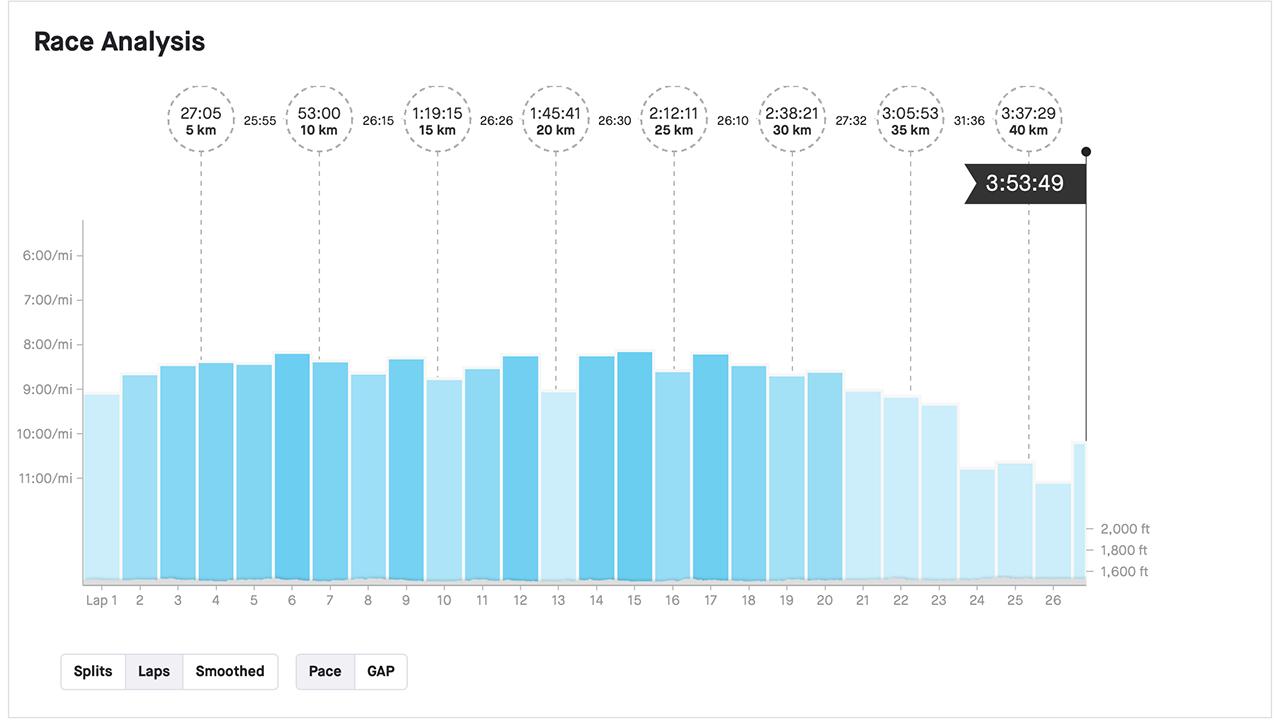 After spending a non-trivial amount of time to thaw and after making sure there was no cramping in the legs, I drove home. The return journey was safe, quick and uneventful. The past week and a half in general and the past 24 hours in particular have provided plenty time to reflect on the past ~6 months. I have had plenty of reasons to celebrate several milestones along the way: New personal best times for road mile (5:31), road half marathon (1:31:38), road marathon (3:27:44), trail 5k (21:39), trail half marathon (1:42:05) that also put me on the age group podium of the 2020 USATF Trail Half Marathon National Championship, and as of yesterday, my first ever overall win in a race! Even if I am not yet going there because I haven’t yet earned the necessary time, I got to experience the entirety of 2020 edition of pre- and post-event experience goodies – a courtesy of Stephen Eles.

I have come to realize that event-based goals are akin to daily weather while process-based goals are akin to climate. I have evidence to believe that the climate is changing and that a day with right weather will come along. As noted previously, I have a general idea about things that I can do which are under my control. I do understand what Bill McKibben and Matt Fitzgerald wrote in their books – Long Distance (thanks, Alice Roache, for the recommendation a few years ago) and Running The Dream (thanks, Shannon Mitchell, for the recommendation a few weeks ago) – about investing a year-long Olympic-caliber training to get better at nordic skiing and living with pro-runners for a Summer to earn a long-coveted sub-2:40 marathon performance respectively. For now and the ext week or two, I am on to a break to unwind, rest and recharge before the nordic skiing comes calling.