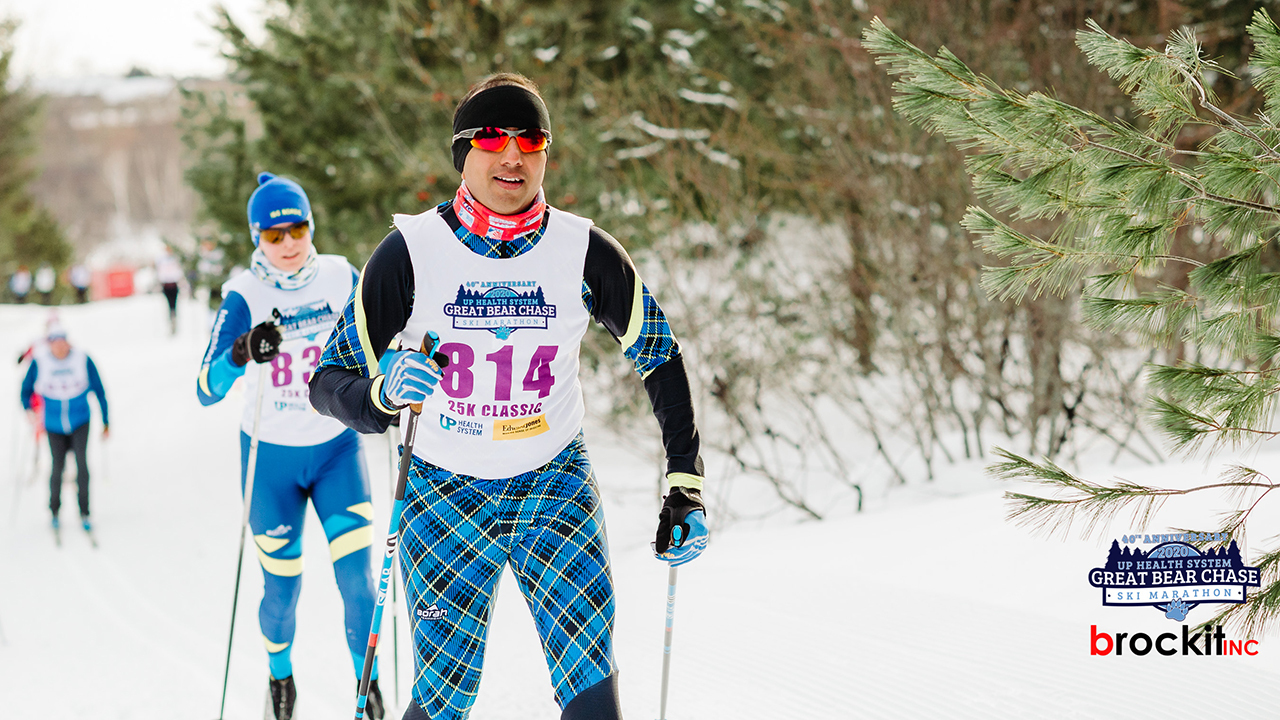 Being a hometown event and the last officially timed nordic skiing race for the 2019-20 winter, this was an event that I could ill afford to miss. Given that it’s week #13 of a 20-week training plan towards a Spring Marathon called for a 20-mile LSD run, the only decision was the distance combination pending weather conditions: 25 km skiing + 10 km running OR 10 km skiing + 25 km running. In light of the 2020 American Birkebeiner experience and a tentative plan for its 2021 edition, I chose to stick with the 25 km skiing (race effort) + 10 km running (easy/recovery jog) combination irrespective of prevailing weather conditions.

Like last year, good ole friend Mark came up to be a part of the event (Shannon couldn’t make the trip). A bunch of us gathered for what has become a mini tradition (in its 4th year) for a pre-race meal the night before – though few more were missing. Several friends trusted me with their skis and I couldn’t thank them enough for that opportunity to get better at waxing. It’d be an understatement say that without the timely and beyond the call of duty kind of help from Shannon Handler – Lloyd Starks – Dr. David Hill healthcare system throughout the week (Shannon cured me of #BirkieHangover, Lloyd helped me recover from a hard week of running and Dr. Hill primed the skiing-relevant muscle groups), I wouldn’t have even put the racing suite on … let alone strap the skis and race! In spite of the new, wet and heavy snow Mother Nature sent our way 36-48 hours before the race day, the chances of our Swedetown Trail System groomers doing their best to set up the classic tracks and skate deck was pretty high. So, my tiered goals didn’t change (some rationale for these may be found towards the end). 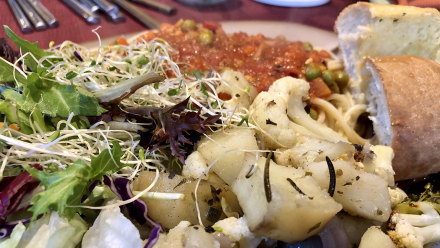 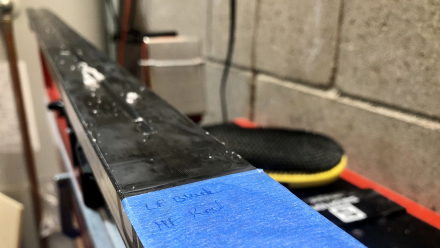 A short but very effective appointment with Dr. Hill (yes, he made time on a Saturday morning … at 7 am … on his day off from work), the drive to the start was uneventful. There was sufficient time to park, make my way over to the stadium, drop the bag off, chat briefly with good friends and get lined up for the start. I knew I wanted to be near the front but surprisingly – much to the reluctance of much better skiers to move up – I ended up at the very front.

As usual, Señor Tervo fired the gun right on and time and off I went with 130+ fellow skiers. Skiing through the Tamarack, Cedar and Valley trails for the initial kilometers, the conditions did feel slower. Having reviewed my training log from previous races and training outings, I was expecting a burning sensation in quads and calves as I skied up the hills. There wasn’t any this time around but I figured it’d show up sooner than later. I knew better about the incremental, barely noticeable changes leading to bigger things and should have followed the instinct to use aid-station #1 at the cross-over from Powderhouse to Pine trail. In all likelihood, stopping there for a few seconds to change the Turnamic binding from -1 to -2 (to gain a bit more glide) would/might have saved me few minutes in the long run. But I was a bit too consumed in achieving the (a) goal and moved on.

Shortly after leaving the said aid-station #1, I found myself skiing mostly solo – barring an occasional skate skier or two – for the next many kilometers … through Greenstone, Mama Bear, Baby Bear, Papa Bear and Valley trails. In most events, I have been able to follow someone better and mimic their technique. But skiing mostly solo provided a good opportunity to remember the tips, tricks and techniques, and implement them. I fell at the bottom of Papa Bear just before aid-station #2 – mostly because of fear and remembering (and re-playing) previous experiences of falling, and partly because of poor technique – I chose not to take the outer portion that was soft but wasn’t chewed up. In hindsight, I should have used that opportunity to change the Turnamic binding from -1 to -2 but I didn’t. Looking at my watch while taking a sip of energy beverage at this aid-station, I realized I was about 10-12 minutes behind planned schedule. The pace was in the neighborhood of 4:50 min/km – with plenty of ascents in the next many kilometers and the pace expected to drop a bit, I felt the goals 1.2 and 2.1 were likely out of reach.

Next several kilometers were hilly – of different kinds. If from the bottom of Papa Bear to the shelter was a gradual ascent, Ed’s, Cedar, Birch and Tamarack offer rolling ups and downs. When the expected burning sensation didn’t show up at the end of gradual ascent to shelter, I had to check the heart rate to make sure I was actually working hard. Even when I fell shortly before the shelter (the skis just stopped dead in the tracks inexplicably while the upper body kept moving forward), springing (yeah, springing) back up felt easy. After passing through aid-station #3, near the cross-over from Ed’s to Cedar, I continued expecting the pain (or burning sensation) through rolling hills of Birch and Tamarack trails to/through the finish. It never came! 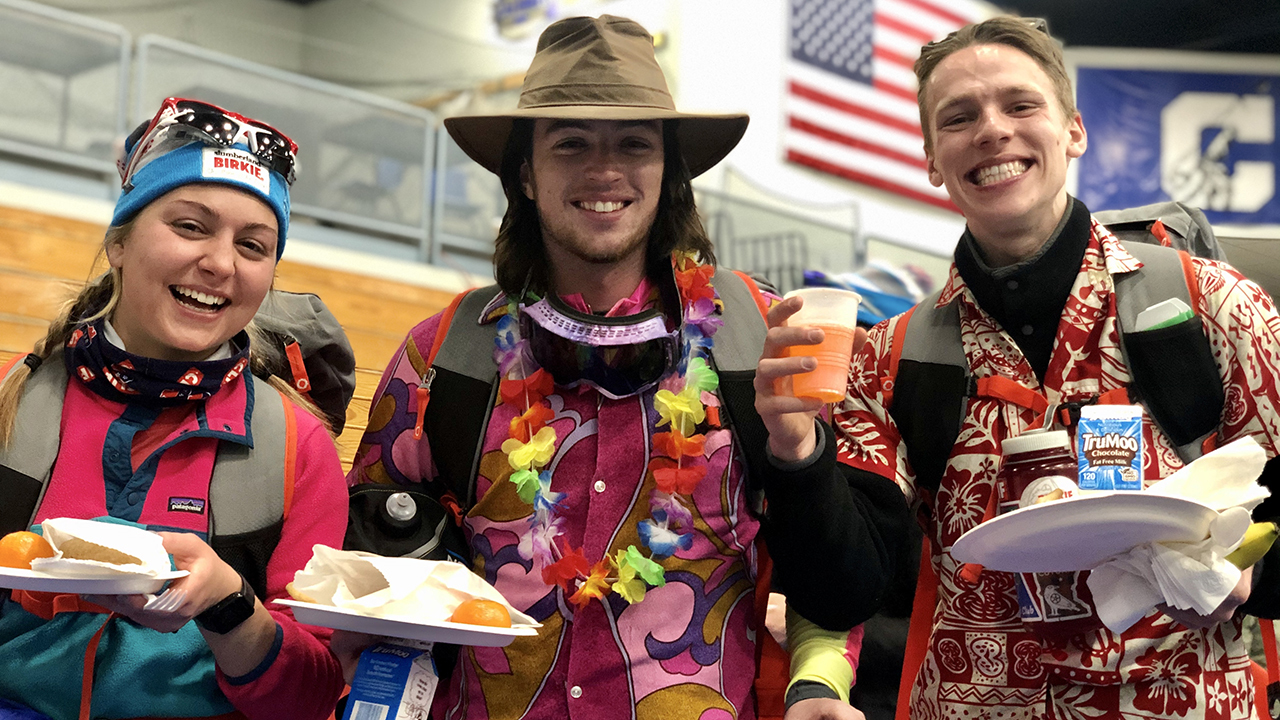 I fell once more though – just before entering the final straightaway to the finish (both my skis somehow entered the same track). Looking back, it seems like a tradition since 2017: in odd-numbered years, I have fallen at the bottom of the International Bridge on Main Street in Birkie, and in even-numbered years, I have fallen near the finish area of Great Bear Chase. I could do without this tradition from 2021 and would be glad to see it end. My official finish time was 2:07:55.7 – well past the 1.2 (a), (b) and (c) goals I had in mind and thought was possible. It was a slight improvement over my 2019 time (2:11:27) and good for 59/131 overall, 43/87 in gender and 5/11 in AG.

The uncontrollable goal, 2.1, of being within 30% behind the winner’s time was to improve my wave placement scenario for 2021 American Birkebeiner. Based on the results from last few years, 25 km Classic style winner’s time in Great Bear Chase had been in the 1:20 – 1:30 range. So, achieving 1.2 (a) would have put me very very close to being good for wave #2 … assuming the wave placement criteria doesn’t change by much from what it is now.

To the extent possible, I believe I completed the goal 1.1. Within few minutes of my finish, I saw Brian Gregg finish (and win!) the skiathlon – so, I achieved goal 2.2 as well. So, one controllable goal and one uncontrollable goal for the day. Couple these with other important takeaways – that with so many variables at play, the concept of PR is very loosely defined in nordic skiing and that I have no control over the field as to who shows up (something that Mike Young and Kristen Monahan have been preaching me for a while) – it was a pretty great day! Rest of the day was spent chatting and catching up with friends – near the finish area, at the awards ceremony and in town.

Our Great Bear Chase, as usual, marks the end of winter racing season. It feels a bit weird and sad to think that racing season got its start only a few weeks ago in SISU Ski Fest … and just like that, it’s all over. I hadn’t planned on participating in anything but Birkebeiner and Great Bear Chase but I am more than happy I raced in every event I chose to be a part of. If the trail conditions continue to be conducive for skiing and if the body shows signs of holding up to an extra unplanned activity, I intend to use the outings to improve a few of my weaknesses (known so far) for 2020-21 winter: