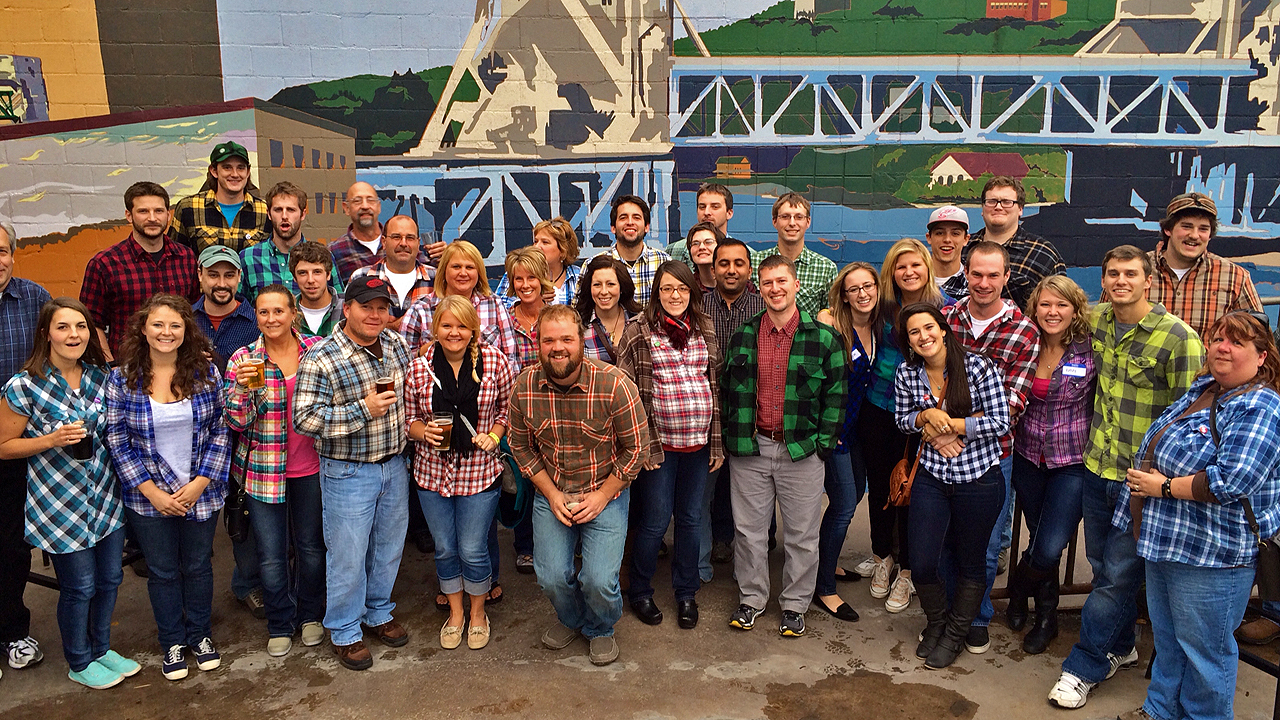 Whatever momentum I thought I had gained in recent months of running and participating in organized events, I lost at least parts of it since the 2013: XTERRA Marquette Epic Triathlon with Team Winston. Part of it was due to the busy-ness of the new school semester and the responsibilities that come with it while a really really big part of it is the good ole me finding ways to not run as frequently as I could. The only training run I did was a short 3 miler that took me up the Quincy Hill along the tram track, and hoped that prior trail run races would help carry me through this one. Looking through my logs, there was some silver lining running up this copper-ladden hill: my previous such attempt had taken 17+ minutes just for the hill climb; this one took less than 16 minutes for much longer distance before and after the hill climb. For what it’s worth, this race — Porcupine Mountains Trail (Half) Marathon — turned out to be the first of its kind, for me, that had a ceiling on the registration as well as on the time to finish the race.

The week of the event taught me some invaluable gems: to turn off auto pause feature on my Garmin Forerunner 405CX (courtesy of Dr. Suits) and to carb load in multiple phases, instead of just the day/night before (courtesy of dear friend, Andi). I am quite happy to report that I listened to and followed both these gems of advices. Having taken care of my carb loading needs [a home-made pesto pasta with Montreal Steak Seasoning served as phase #1 on Thursday night, a breakfast burrito in 5th and Elm Coffee House for phase #2, the customary lunch at Rodeo Mexican Kitchen with friends (Nancy, Josh and Amy) for phase #3 and dinner with the Gracis (Sam and Kara) at Rodeo Mexican Kitchen (yes, again) for phase #4], stayed off of alcoholic beverages, participated in PlaidUrDay festivities, loaded up six 6-packs for the road (just in case Wisconsin ran out of beer) and learning from the mistakes of my previous race, I opted to spend the night within a stone’s throw of the event location. The Gracis were kind enough to let me crash with them in AmericInn Lodge & Suites, helping me get a full and good night of sleep for the first time all week.

Hauling winds off the greatest of the great lakes had been accompanied by a down pour in the morning of the race, and the event started on time with barely enough sun light but plenty of fog and chill in the air. No sooner had the cow bells chimed to indicate start of the race than I found myself at my usual place – at the very tail end of the pack. I did, however, find some good company to run at fairly comfortable pace: a fellow physics major from the greater Chicago area. Taking my (lack of) training into account but mindful of the not so pretty face momma Nature can put out in this neck of the woods if she so chooses, it was deemed necessary to pay due respect to the ever ascending trail and that it was energetically less favorable (a phrase that I shamelessly stole from a fellow Exercise Science major of a runner) to keep running up.

After a 3.5 mile hill climb was by far, amongst all the trail running events I have participated in, the best aid station ever in a log cabin: not only they had heed in a jug (which I, at first, heard as beer and my unbounded joy was rather short lived) but home made cookies! If I thought the trail was muddy and slippery during the first hill climb — thanks in great part to the recent down pour — I was in for a very pleasant surprise. Of the next many miles some were relatively flat, some were steep down to a valley, some were brutally uphill, some had been explored by me before while I was a newbie on others but almost all of it was muddier and slipperier. Deep chocolate-isque slush, at times ankle deep, made traction — often taken for granted — a real luxury, both in concept and practice, and running through the gushing Carp River a breeze!

Although just about every joint in my limbs was hurting and I was chilled to the bone when I crossed the finish line after 4+ gruesome hours, every painful step over a course of 13.7 miles was totally worth it — making new friends, realizing the value of wanting to run when no one is cheering for you, learning that there are trail running shoes, maiden experience of hitting the wall around the 11 mile mark that made the last mile seem like it would never end and re-realizing the value of a hot shower on a cold day (in Union Bay Campground). I probably would have finished around 3:45 had I not stopped to help some people that could have hurt themselves in the middle of nowhere and to cheer/high five oncoming marathoners (that I know for sure had worked/trained lot harder and smarter than I had) but I wouldn’t trade the experience of seeing that other person smile, in pain, for anything. While I understand that the opportunity to run in itself is the reward for running — especially through the beautiful back country trails — my evil twin would have most certainly taken some pleasure in a completion medal for some more bling! Somewhat of a disturbing experience was from running with an elderly lady — probably in her late 50s or early 60s — that claimed she had paid her registration fee and wouldn’t get out of the way of oncoming (faster and stronger) marathoners; and almost got knocked out by one such marathoner running downhill.

Timing was a courtesy of friends at Superior Timing. As has been the norm of late, I did maintain an inconsistent pace as indicated by the speed, elevation and heart rate spectrum below (thanks to Garmin Forerunner 405CX and WP GPX Maps plugin for WordPress). And in spite of it, I wasn’t the last one to finish. Hopefully, as I have hoped so far, I will train better for the Running Chunk 5k in a few days, and for the Madison Half Marathon in a few weeks.

Post-race activities included a grabbing a quick meal in Paul’s Superior View Restaurant; driving 225+ miles to De Pere punctuated with a 20 minute nap along US 2; spending quality time with friends [Sarah (and mom and dad and Hannah), Erik, Helen, John, Nils, Chelsea, Kevin, Katie (and mom and dad)] before, during and after the Lions-Packers game in the holy Lambeau Field; exploring Door County and grabbing a delicious meal in HuHot Mongolian Grill with Katie’s dad; and a scenic drive back to Houghton.