The days before the event were spent, at least in part, in making myself a portable ski rack. By the power bestowed upon me by Tim and Catherine, (and their care package that included a complete set of Milwaukee Tool) and by the parts purchased from dear friends in our own 41 Lumber, the whole experience cost me only one sixth that of a commercial/branded one. I drilled 30 (yes, thirty) extra holes than necessary but it came with the all the features I was looking for! I think it came out well, if I say so myself, and it has been doing its intended job mighty fine. 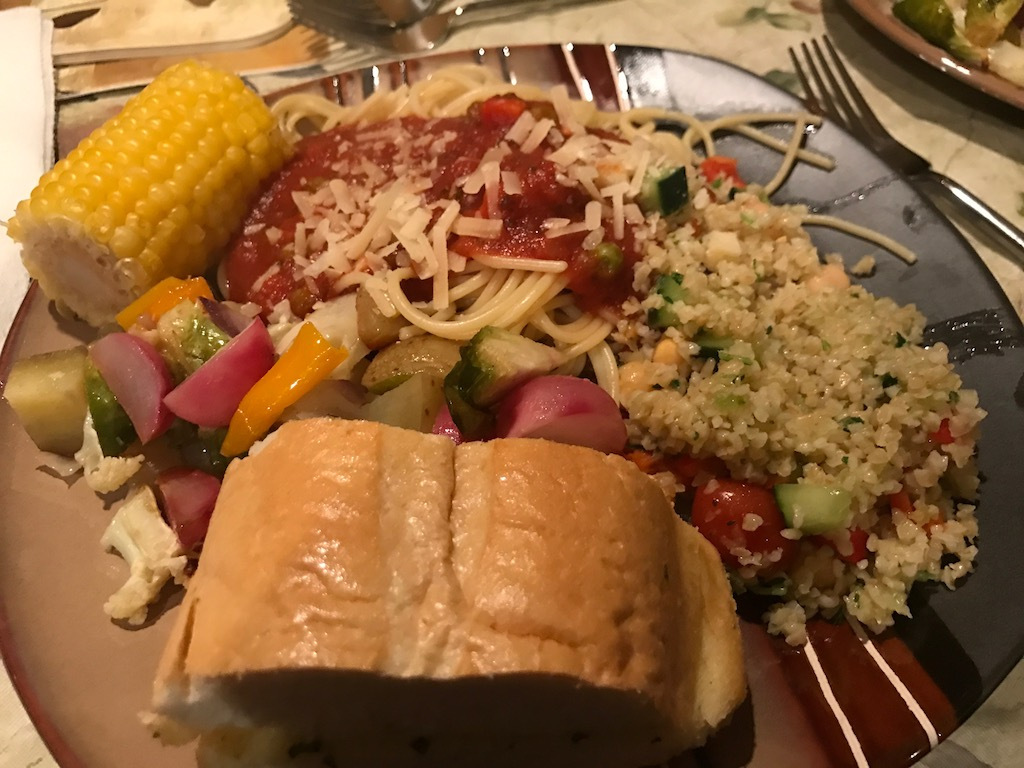 Mark, friend of our community from Madison (Wisconsin), came up to participate in this event as well. He not only brought along his expansive (and probably expensive too) waxing kit but also was kind enough to wax my skis … TWICE. Pre-race festivities included testing the trail conditions with Mark (which, for me, lasted about 0.50 miles), a hearty home-cooked meal with friends, and a good night’s sleep. The night before the race was cold and the race day was expected to be colder. On race day morning, apparently Mark, the pro, had been going through a similar mental debate as yours truly, the novice: how many layers to wear and if one was going to be sufficient. Then came the unmistakable words of advice — that he gave to himself and kindly shared it with me.

Don’t be an idiot 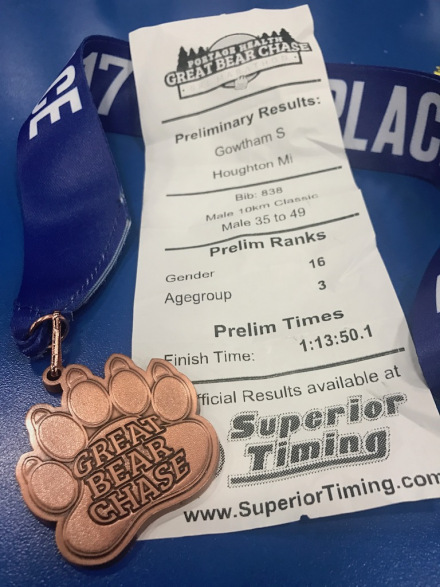 Given how cold it was and given that I didn’t need to waste any of my precious energy warming up before the event began, I got there with just minutes to spare. I had just enough time to say ‘ello to good people I saw and put my skis on, and the gun went off. Given I hadn’t trained at all, I chose to do this as a fun event, chose to care not about the time or the pace, and chose not to represent Mexico, my home country, with my outfit. As if the Garmin had read my mind, it froze for the first half a mile (or 0.80 km for the puritans of skiing) but worked like a charm the rest of the way. Mark’s magic on my skis was doing its thing: slowing me down just enough and giving me plenty of traction to keep me safe on what was otherwise icier than I would have liked. I know, when someone waxes your skis, telling them Thank you for slowing me down isn’t exactly what they are looking forward to hear but I was more than happy to be not plastered to a tree just off the course.

About 3 km into the course, I came to pass a kid many (I mean, MANY) years younger than I was (his dad/guardian was with him too). I tried making a small talk with the said kid and complementing on his effort but he wouldn’t respond … not in words, at least (neither did the dad/guardian either). His downhill skills were much better than mine but my uphill skills turned out to be much better than his. But every time I passed him, he’d come raging from behind trying to pass me. Not wanting to be served a slice of humble pie by this kid, I decided to make a push with all that I had and didn’t have, and put all my pre-race intentions to treat this event as a FUN activity on hold.

Overall I only fell a record FIVE times and finished just 11 minutes outside of my PR for this distance! Yes, I beat a kid that was many many years younger than me. Had the kid (and his dad/guardian) been responsive to my positive remarks, I would have happily skied reminder of the distance with them and even might have let them finish ahead of me. But they chose to not give me an opportunity to do so. My attempts to escape the humble pie turned out to be just an effort to delay the inevitable. A little after crossing the finish line and making my way to the car, I ran into a dear friend from the community and he stopped me to tell something — serving me not just a slice but an entire humble pie!

Last year, you were X years old and I was X+30 years old. And I beat you by ~3 minutes. This year, you are X+1 years old and I am X+1+30 years old. And I still beat you by ~14 minutes. I am not trying to rub it in or anything but just trying to tell a story based on real numbers. Post-race festivities included a much need 10-minute massage and a pasty lunch. Plenty of my friends made the podium. For the third year in a row, I did manage to make the podium too, and as in 2016 edition, it wasn’t a There were only three people in your age group and you finished third podium finish — the kind that I like.