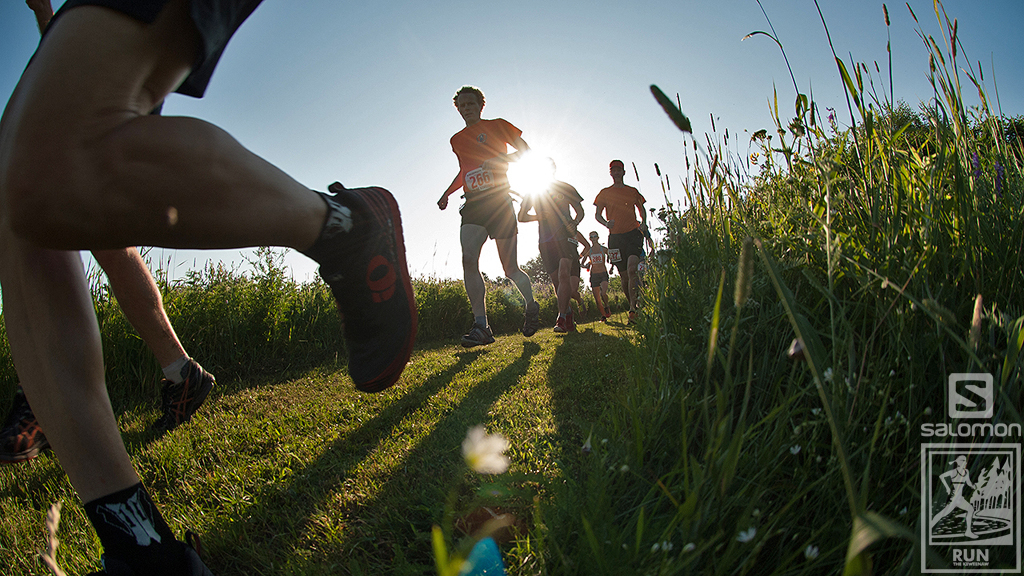 Run The Keweenaw, A Festival of Trails marks the completion of a full year since I took to organized trail running, and the first of its kind — trail running of the same distance and at the same location — that I have participated more than once. Remembering how much fun it was to be a part of the festival last year — running in one part, photographing the other two, and fantastic experiences and friends gained — signing up for this year’s edition was a no brainer. Given that the event consists of three races of increasing distance and trail complexity/technicality, and taking the banked training miles into account and some advice from the race organizers, participating in the first two events while photographing the last leg would turn out to be a natural progression (and a very good decision).

Lake Trout Festival Half Marathon about a month ago was a success — the first of its kind where the second half of the race felt as good as, if not better than, the first half, and the first of its kind where my time for the half marathon was under 2:30:00. Dear friends in the community made sure that my fear of slacking off and procrastinating in the weeks leading up to this event didn’t become a reality. Weekly runs with the Keweenaw Running Group along the Tech Trails, and a strict adherence to Rob Larson work out routine and new found eating and sleeping habits more than did their part in preparing me for the weekend of festivities.

I was fairly fortunate that a rolled ankle during one such Wednesday run (I was told it looked quite bad) about ten days before the race didn’t become an unnecessary hindrance. Remembering the weather conditions from a year ago, I included three runs (one 5k, and back-to-back 5k with a semi-busy 5-6 hours gap between them) on a hot muggy day as part of training runs — which doubled up as a test of my ankle. Given that this was the first time I’d be camping the night before a running event, I chose to sleep on the floor in my apartment for nearly a week to better condition the body for what was to come.

Thanks in great part to the canceled meetings, I was able to head north escaping the grasp of cellular networks well ahead of schedule. Much like last year, setting up my tent in Lake Fanny Hooe Campground was a breeze. A good carb loading meal in Mariner North, meeting some familiar and rare friendly faces in Brickside Brewery, and being schooled by the Lady Handlers (Shannon and Christine) in a game of Euchre were the major highlights of the eve of the race.

I probably should have checked the camping gear before heading up north, for I found the signs of moisture creeping through from underneath and dampening the fairly thick blanket. It may have been due to heavy rain that I am told poured for several hours. Getting to Eagle Harbor with Jim was uneventful, and there was a noticeable change in weather between the two harbors: sunny blue skied Copper Harbor, and a foggy misty Eagle Harbor few miles down along the M26.

Unlike last year, the nerves seemed to be lot calmer, and I didn’t find myself at the very end of the runners’ pack within minutes of the start. Any hope I had that my legs would have some memory of last year’s climb soon disappeared, much like the fog and mist in the face of blasting sunshine. While I remembered conveniently running through portions of the hill climb that I had painstakingly walked before, I still did walk the portions that I should have run. Rolled ankle experience playing in the back of mind while navigating through moisture laden rocks and tree roots might have had something to do with. All in all, I finished the race about 2:30 or so better than my previous effort.

The support from friends, fellow runners, volunteers and some spectators along the course and past the finish line, and the glorious view from up top were very memorable. Choosing to carry water proved to be a good decision — helping the walk/run down to town leave me with enough energy to run again in a few more hours. The run down also marked one year of being introduced to the concept and practice of taking gels during runs — Honey Stinger Gold Classic Energy Gel in particular — by dear friend Amy. Making newer friends, and a fantastic and wholesome post-race meal (courtesy of our very own Keweenaw Co-op) were additional highlights of this stage of the event.

An uneventful drive back to the sunnier Copper Harbor led to a semi-busy 5+ hours — much like I had practiced a week before. Watching the little kids enthusiastically run through the Junior 2k helped reduce much of the anxiety in the minutes leading up to the start of this stage. It didn’t take long — about a mile or so — to find myself at the back of the back, and just in front of the familiar sweeping crew with friendly faces. It turned out to be quite the back and forth passing acts amongst the members of team circles. Pre-processed and pre-packaged information about the Nature of the course as well as a reminder to what to wear and watch my steps especially on board walks (or the gap between successive boards) from Jim and the Handler brothers (Rob and Stephen) proved to be very valuable.

Running alone for a good chunk of the course — through the mostly covered and divine looking trail system — brought along an opportunity to (re)learn much about myself: resisting the temptation to cheat (e.g., cutting across the trails instead of following switchbacks) when you know nobody but yourself is watching, being your very own cheer team, trying to remember lessons taught ever so gracefully and/or gratefully by friends, testing the body and mind’s attrition, and finding enough energy for one last push at the end when the tank feels empty.

Knowing that 7.50 miles approximately translated to 12k, and noticing that a couple of my fellow back of the pack runners were intermittently walking (while the official walker of the race was only a few steps behind me), I chose to lie to the said runner friends about the remaining distance to the finish line: adding a mile so that they felt good when did indeed finish. All that lying pretty much backfired when the expected US41 crossing at 6.50 mile marker didn’t show up until after the 7.50 mile marker. Having trailed the same said runners for nearly two miles or so, the extra 1+ mile proved to be a good testing ground for the aforementioned one last push.

Onsite Salomon representative was kind enough to let me borrow a pair of demo trail running shoes for this stage of the event — although in hindsight it was a bad idea to run in a pair of shoes that I have never run before. Fortunately, the feeling of blisters I had over the last several miles was just that — a feeling. I couldn’t possibly afford them with the Hancock Canal Run Half Marathon only a week away. Post-race activities included a much needed hot shower, a few choice beverages in the neighborhood of Keweenaw Adventure Company and in Brickside Brewery, and a yummy meal in Mariner North with dear friends and some studently folks before yielding to the grasp of the night’s sleep.

Sunday morning brought along a (big) piece of humble pie: just when I was feeling good about my performance, I had a chance to put up the combined results of two stage from Saturday. The said combined time of each one of the top 15 men and top 6 women was less than the time I took for stage two alone — serving as a good and viivd indication of the room to improve. The morning also brought along an opportunity to photograph the 25k Carl Olson Memorial Adventure Run: some around the starting area (apologies to any runner that I may have scared by my positioning in the tall grass), and then some more along the Stairway to Heaven. And for the second year in a row, it was a privilege to have some of my photographs (Curls, Keystone Bay, A Long Standing Dream, and Glory of the Snow) be used as a prize for the longest of the runs in this festival of trail runs.