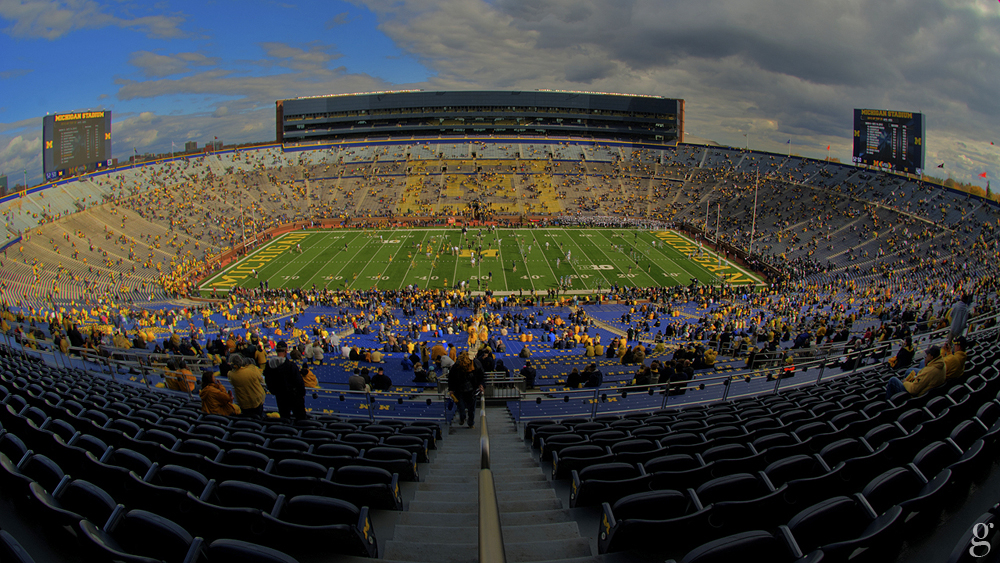 Football was rather an unfamiliar entity even after the first couple years in the US, partly because I honestly didn’t know that it even existed and partly because – my conclusions from an catching an occasional glimpse or two on television were that it was just a sport in which big dudes mindlessly ran into each other, piled on one another, often displaying unnecessary machoism and, the game itself seemed to lack any aesthetics and/or beauty.

First signs of liking this game, which soon turned into love that in turn turned me into a die hard fan, began in the spring of 2005, when my graduate advisor gave a few days off following the final attempt in the dreaded graduate school qualifiers. As it turned out, the time off from school coincided with the weekend leading up to the Super Bowl XXXIX and by accident, pure accident, I started watching the highlights of the very first Super Bowl. Little did I know that I’d stay glued to the couch and end up watching highlights from all previous 38 Super Bowls.

The (now much hated) New England Patriots were then on their run to a third championship in four years – with a pretty boy named Tom Brady calling signals and a seemignly Satan worshipper of a coach named Bill Belichick designing plays & schemes – and the name, The Big House as a sporting venue and Michigan as a University (and not just a state) started surfacing over and over again over the next several weeks/months, thanks to many documentaries about the aforementioned pretty boy and his collegiate career as a Wolverine.

Interest in football history, which then revolved around Patriots’ ascension to being a dynasty, taught me about Charles Woodson and later, digging into that of Green Bay Packers made me aware of Desmond Howard‘s heroics – both, needless to say, legendary Wolverines. Trickling down effect made me pay some attention to football at less than pro level and lessons in history of Michigan (as a state) brought me up to speed on its rivalry with that other state – which manifests itself at the college level as a football game every year between the Wolverines and the Buckeyes, often with a conference championship on the line (and sometimes as a game of beersbie in neutral venues too). More history lessons (yeah, I do love history!) followed and Yooper affiliations of Lloyd Carr became yet another reason to like Wolverines football even more!

Next many years were spent learning more and more about the game, the mystique and the aura of The Big House but the dream of being inside, let alone watch the Wolverines play, remained just that – a mere dream. The first ever sighting of this stadium was in April 2009’s maiden visit to Ann Arbor, during my migration from the Garden State to the Great Lakes State. Closed gates was as close as I got then, as The Big House was under construction, to regain its rightful title.

Nearly three and a half more years passed by during which many a proud Michigan alumni – Larsens, Petersons (now a Mlynski), Richards’, Vendlinskis, and more – continued to talk about Michigan Football in glorious terms, turning my want to be in that stadium into a need and a visit to the The Big House a must do on my ever growing bucket list!

And then came a text from dear friend, Tim (@BigManInJapan) wondering if I’d be interested in going to a game in the said Big House. I hope I answered in a way that questioned neither the Catholicism of the Pope nor where the bear pooped but also gets a chuckle or two out of at least some folks. All that stood between me & the game at that time, was just 168 or so hours of time and 550 miles or so of driving down to Ann Arbor!

147 of those 168 hours went by quick and 10 of those 147 accounted for an uneventful drive of 550 miles, punctuated with long overdue stops to see some friendly faces in St. Helen, West Branch and Brighton. Thai curry for dinner at Tuptim, more than filling breakfast at the Northside Grill (a.k.a. Victoria’s Kitchen of Ann Arbor) and a quick trip to the mall to acquire some Michigan-wear with Jess (@shorty_stylee) and Tim (@BigManInJapan) got me more than ready for my maiden visit to the Michigan Stadium.

Dear friend Lena (@Swedish_Soul) arrived around 11:30 am and much of next three hours were spent wandering through the University’s Golf Course that served as the venue for what might be the biggest tailgating scene I have ever witnessed and witnessing the Huskies‘ pride, albeit donning somewhat different colors! Much of Wolverine fan base, much to my amusement, was rather very well behaved and treated folks not in Maize & Blue, especially the ones in Green & White, with quite a bit respect. May be the fact that last year’s senior class had never beaten the Spartans had something to do with it(?).

The Big House and the atmosphere inside during the game lived every bit up to its reputation and well surpassed my expectation. The greenest grass, yellowest yellow and bluest sky (albeit in patches) that I have ever seen in Ann Arbor in October; being one of 113,833 fans in attendance (third to biggest crowd ever recorded); near 100 dB noise level for almost every third down play (one must take into account that I was seated amongst the more mature crowd that didn’t necessarily yell at the top of their lungs all the time and that the stadium is very shallow unlike other shapes that would otherwise amplify the noise); the awesome performances by marching bands from both universities easily overshadowed the rather lack luster offensive production from either team [especially by the supposedly explosive DeNard Robinson: I’m neither an expert nor think I’m qualified to, by any stretch of wildest imagination, analyze football athletes. But few years of watching quality football on television, reading trustworthy books and having had the pleasure of hanging out with coaches & athletes alike (@DavidH51, @RealSteveShort, Bobby Slowik, @Philbrath, @HuskyPlowMan, et. al.) has taught me enough to see a play as it evolves in time. And trust me, shoe lace – with his general lack of game awareness & seeming unwillingness to exploit the situational opportunities even when they are presented on a silver platter – missed at least two golden opportunities that would have turned this nail biter into a no contest]; not a drop of rain on a day that had plenty of it in its forecast, and when the game clock could tick down no more, Wolverines added yet another feather (900 wins in their hallowed program, first ever to do so) in their hat of seemingly endless feathers of accomplishments & in turn, earning the right to keep The Paul Bunyan Trophy for a year … are just some of the things I could find words to articulate my experience.

Vimeo clip: An Afternoon In The Big House

And thanks be to my dear friends, Jess (@shorty_stylee) and Tim (@BigManInJapan), for turning a long standing dream into a reality and help me check off a very important item off my bucket list. I’m not really sure if the good Lord and his people even care about college football, let alone like to watch it or play. But if they ever did, then I’m a 100% certain that they’d like to do so in The Big House!