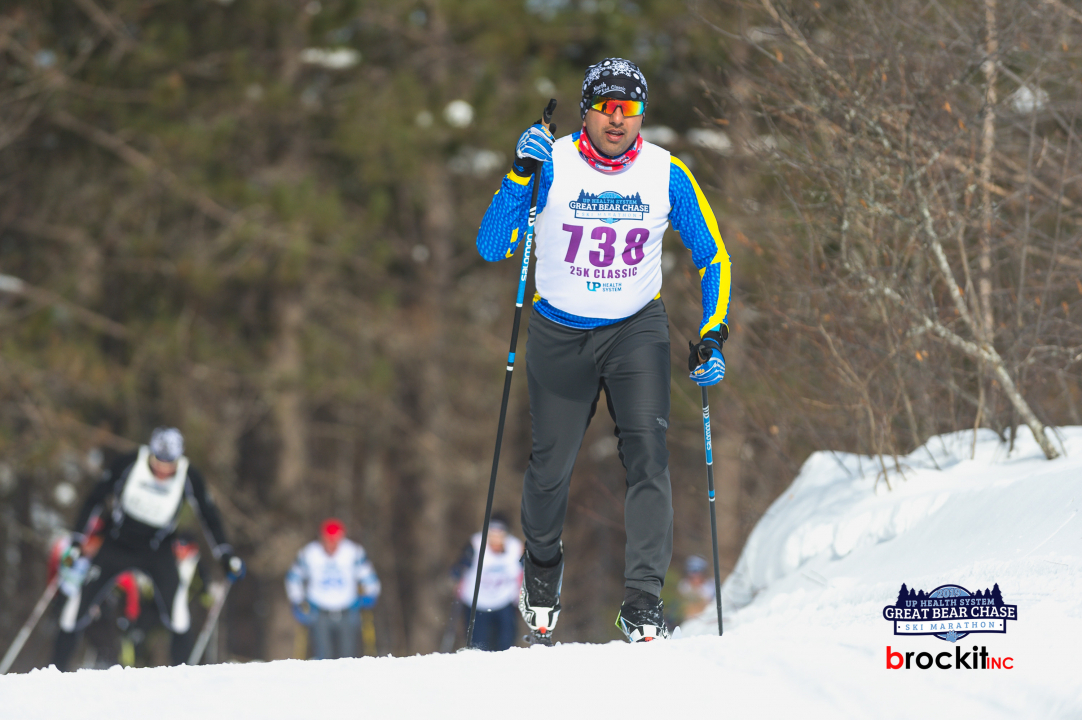 This too was an event I had deemed I am not going to race during 2018-19 winter but much like Birkie two weekends ago, things changed and changed in a hurry. The last of the officially timed ski event for 2018-19 winter season, being held in our very own backyard in the good company many of my wonderful friends, sufficient knowledge of the Swedetown Trail System and its terrain gathered over the past 3-4 seasons with help from many said friends – to an extent that I feel at home on every loop and not just when I see the final stretch to the finish line, an opportunity rub shoulders with the elites, and a peroration for Pat Szubielak as he embarks on retirement a second time … drove the said change.

When you realize you want to spend the rest of your life with somebody, you want the rest of your life to start as soon as possible., said Harry when he met Sally. It was the day after the day after the Kortelopet at the 2019 American Birkebeiner. It was love at first ski with Salomon at the On Snow Demo. Maybe it was just the residual #BirkieFever but … a little bit of research with plenty of help from Mike Young and friendly folks at the Cross Country Sports, I started my formal transition from Rossignol to Salomon. There wasn’t anything wrong with Rossingnol and it had everything any skier would look for in ski gear. But all of my trail running shoes and a good portion of athletic clothing are from Salomon. So, it kinda made some sense to stay committed to one brand as much as possible. 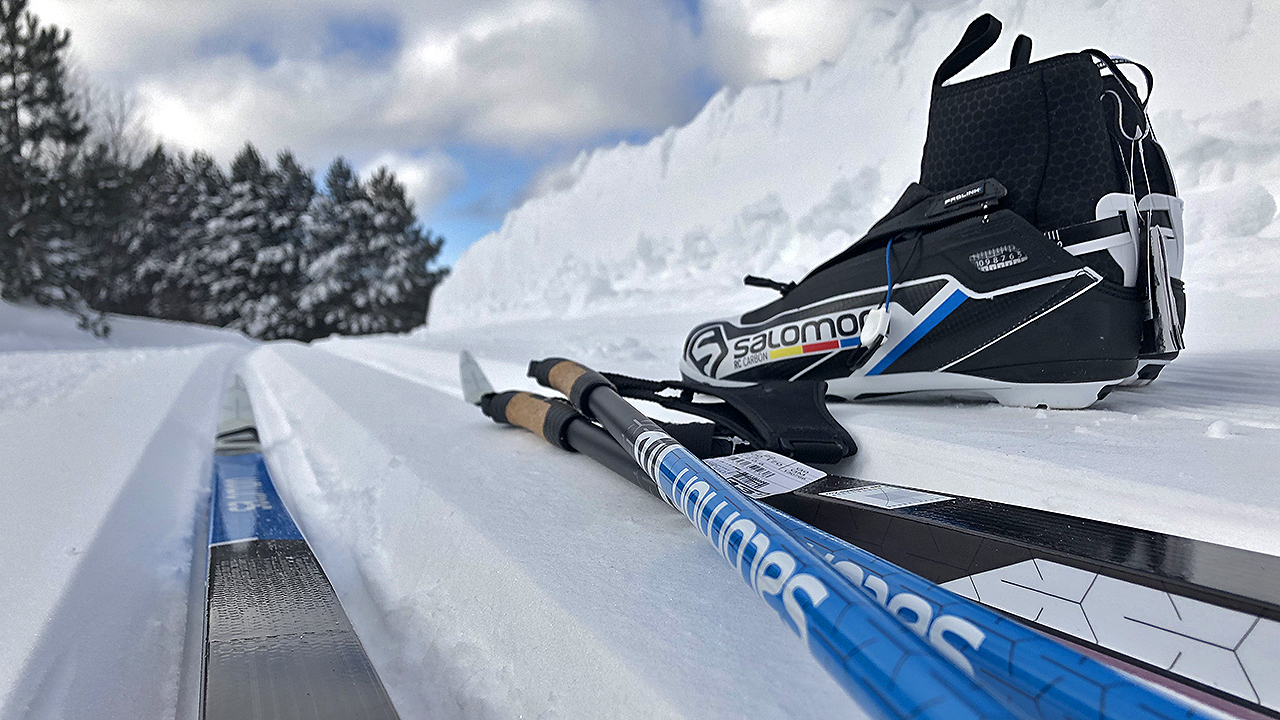 Having decided to race the event instead of treating it as a replacement for 14 mile LSD run that the training plan called for, I had taken it easy during the week and built-in couple complete rest days. An attempt to ski the course in its entirety on Wednesday – to memorize the course and its profile as much as possible – had been cut short due to wind-caused snow drift and debris. A few hours later on the same day, Rob Handler had taken the time to explain and work through an example of Birkie wave placement (Why or how does this matter, you ask? Please read on). Based on the 2019 Kortelopet results,

Good ole friends (Mark and Shannon) came up to stay with me. A bunch of us gathered for what has become a mini tradition (3rd year – so it still is in its toddlery) for pre-race carb loading as well as waxing rituals the night before. I am fully aware that my current skiing skill set does not yet call for using JetStream Bloc 2.0. But there’s a certain coolness associated with that name – JetStream, and I feel like an elite when I claim my skis have it! Say JetStream a few times and you’ll know the feeling. All kidding aside and more importantly, it’s not only pretty expensive but its application requires adult supervision and careful diligence … at least the first time around and I was fortunate enough to have Mark provide it. 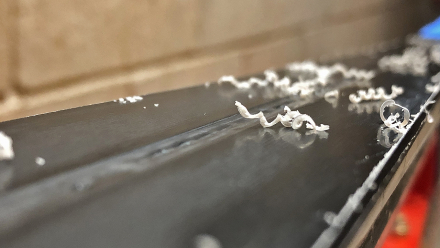 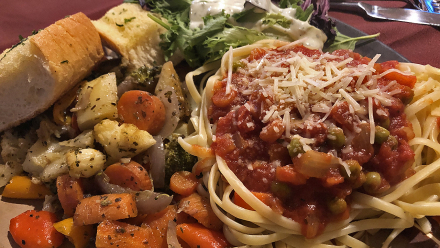 As the dinner was drawing to a close, my phone buzzed with a message from Jan – inquiring if I was ready for the event and what my goals/aspirations were. Upon learning that I was shooting for 2:20/2:15 as the baseline goal, 2:10 ish if I pushed and 2:00 ish if everything aligned my way, she quickly pointed out that the Bear Chase course was easier than Korte and that 2:10 (if not 2:00) was within my reach. This has been a season of make beliefs (I mean that entirely in a good way – someone believes I am better than I think I am and I end up believing in their beliefs) and so, 2:00 ish became the goal time to go after. 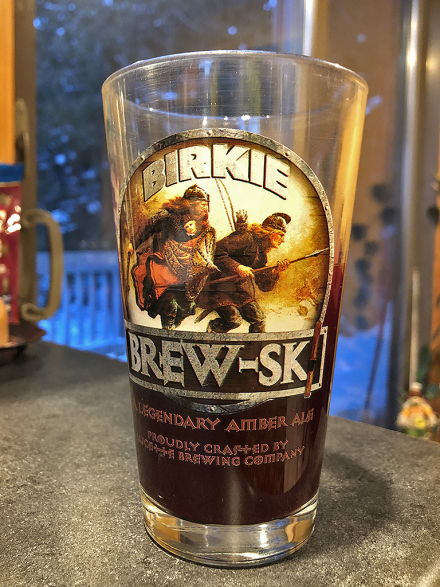 After consuming half a pint of fresh Viking blood (just kidding, it was the beet juice – thanks Stephen) for good luck, we (Mark, Shannon and myself) headed out to the start and got there with sufficient time. After chatting with friends from in and out of town and using the facilities, it was time to get lined up for the start of 25 km Classic. Señor Tervo fired the gun right on and time and off I went with 125+ skiers. The tracks/trails felt a little slow … especially in shaded areas but it wasn’t anything anyone would/should complain about. The first few km went by in a hurry as usual and so did the first aid-station at the cross-over from Powderhouse to Pine loop.

Shortly after getting through the Valley and Greenstone loops and entering the Bear loops, I was fortunate to find Makenna Stelpflug (former Husky, #776) only a few strides ahead of me. A year or so ago, I’d have let urge to pass anyone ahead get the better of me but I was grateful for the presence of mind to realize the value of this opportunity: to mimic her stride and strokes, energy saving tactics and techniques. Whatever she did, I did, and it’d suffice to say, I learned much and in turn, saved up plenty in the tank for the final push.

When time came to pass her and I did so with her consent, I got behind another really good skier, Katie Roberts (#796), for the next 3-5 km. And I repeated the drill: whatever she did, I did. And I learned much from her too! The final 5 km, after she let me go, proved to be the testing grounds of what I had learned from them on the fly. Compared to the 29 km Korte course, Bear Chase was 4 km short in distance and had about 500 feet less cumulative elevation gain. But unlike Korte that has the final 5 km flat on a frozen lake, Bear Chase reserves some of its decent climbs till the very end. One of the things I learned from a recent reading of a book was that it’s easy to put in extra effort when one knows the length/time to which that extra effort (and associated stay in pain cave) lasts. Having the event in my home area and knowing the course – every turn and every up and down – was a blessing beyond disguise. Couple that with the energy saved by mimicking Makenna and Katie, the push up Heart Attack Hill and gentle rolling ascents towards the finish area felt rather easy/manageable. 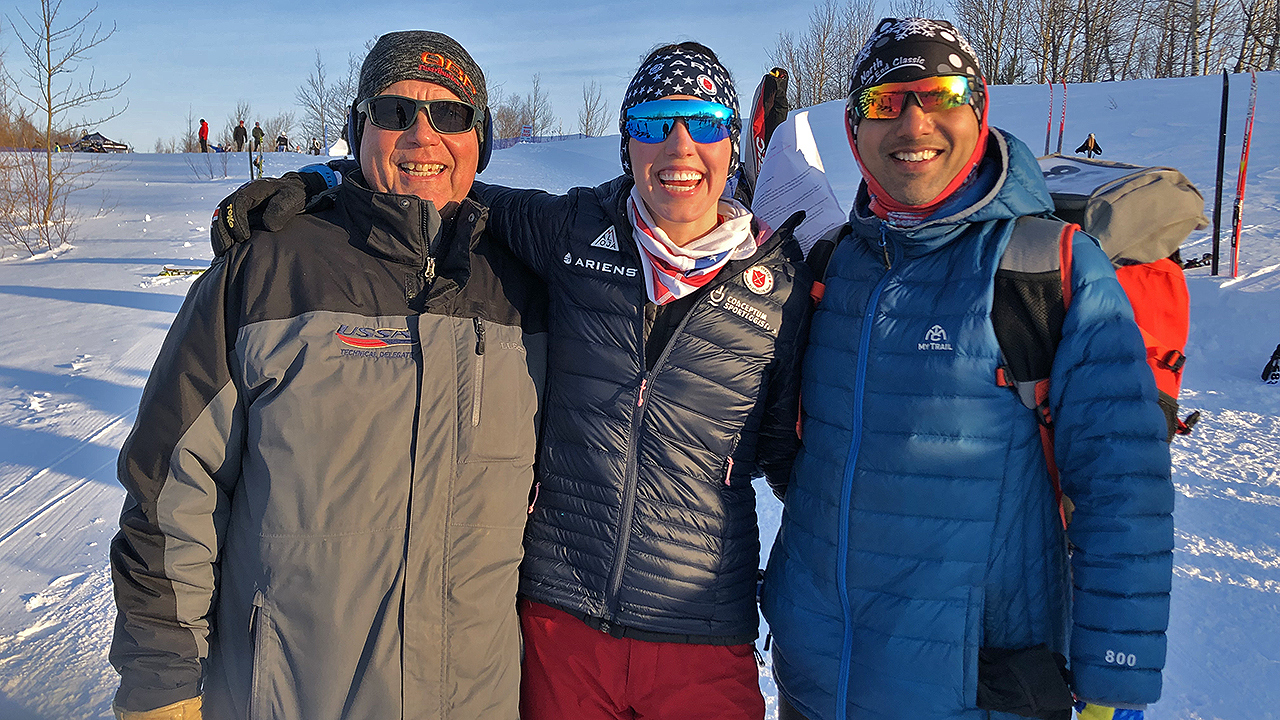 As I approach the finish line, I heard the volume of the roars go up. I knew for a fact the cheers couldn’t have been for me. I then remembered my interactions with Caitlin Gregg (yes, The Caitlin Gregg) from a day or so ago – that Brian Gregg would likely do his 50 km skiathlon (i.e., 25 km of classic, an exchange of skis and 25 km of skate) faster than I’d do my 25 km of classic. I figured Brian must have been finishing/winning the race and I wasn’t wrong! What I didn’t expect, however, was Brian to make time to chat with me and give me an opportunity to not only congratulate him on his victory (first one as a dad, I might add) but also thank him for the detailed waxing information he posts on Instagram.

Plenty of sunshine, blue skies, little to negligible winds, and a plethora of cheerful faces turned out to be the icing on the cake on this loveliest of lovely days! My official finish time was 2:11:27 … oh so close to the intermediate goal of 2:10 ish but good enough for 55/137 overall, 40/96 in gender and 4/8 in AG (thank you, Jan!!). Four years ago, I had taken longer to complete the 10 km edition in this event than I did today for 25 km!

Post-race festivities on Saturday included getting plenty of rest, a potluck at Rob & Shannon’s with friends, and a biathlon-watching brunch with Deedra (yes, the one who won the 2016 Birkie Classic as well as Kangaroo Hoppet and now a part of the US Biathlon team) and Mark, a short run while the snow let up and an impromptu trip up to the Fitzgerald’s with Mark on Sunday. Yes, I did let loose and have one beer – only because it was named Dawn of Vim (Vim is my favorite Terminal-based Text Editor in Linux and Linux-like operating systems) and the day marked the first anniversary of learning that a skate ski doesn’t have a kick zone.

While Great Bear Chase marks the end of winter racing season, I hope to use the remaining 100 km ish (to achieve my seasonal skiing goal of 500 km) to improve the classic/striding technique, pick up skate technique, learn how they complement each other, practice more in slushy/drifted snow conditions that’d mimic Birkie Trail conditions for wave #4 skiers and be worthy of a spot in wave #4 (and work my wave upwards in subsequent years) at the 2020 American Birkebeiner … with help from my lovely family of friends in and around the community!