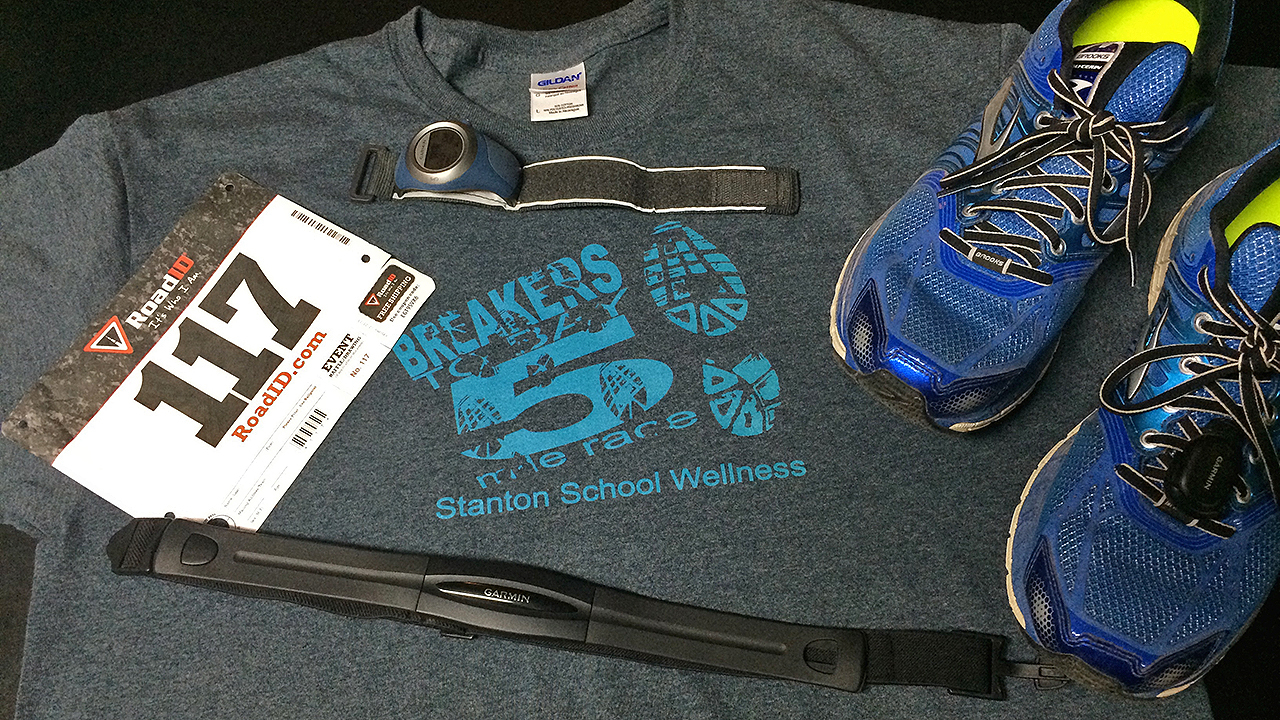 Following my lack-luster performance in Cellcom Green Bay Half Marathon, dear friend Andi suggested that not using gels in longer runs might have played a key role in lack of sufficient energy towards the end, and dear friend Rob diagnosed my running posture and not only identified potential causes for such poor performance but also suggested a set of exercises that, if I kept at them consistently, would help change the way my body was spending energy during such runs. 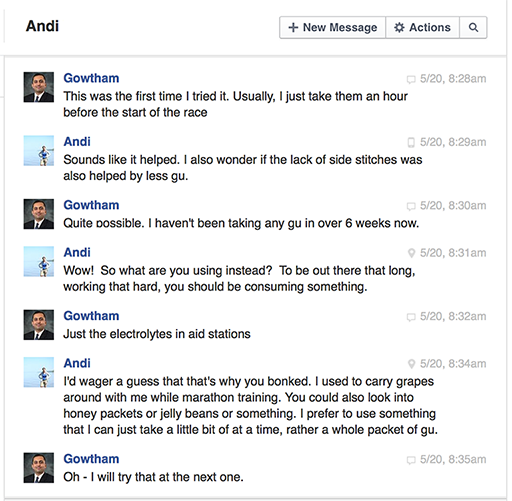 This event, Breakers To Bay, marks completion of a full year since I (re)took to organized/running, and a first of its kind — of the same distance at the same location — that I have participated more than once. My life has come a long way from the foolishness of believing four pints of micro brew and one half a large pizza the night before a race as carb loading to the bestowed upon smartness of believing in the power of frequent runs and associated non-running exercises, punctuated by far too many variants of lethargy, procrastination, carb loading techniques, and experiments on mind and body.

More than usual running coupled with not enough rest following the previous event — probably in an effort to overcompensate for missed time — showed its effect as a mild case of tendinitis in my left calf during some of the later training runs. Fortunately, help wasn’t too far away: a real doctor friend, Shannon, suggested using foam roller and golf/tennis ball for an expedited cure during one of the Keweenaw Running Group‘s post-run gatherings in Keweenaw Brewing Company.

A home area event meant an opportunity to sleep in my own couch, and travel to and from it was limited to about ten miles — not counting the drive to drop off the completed application the day race was announced or a day the race before to check the course. Weather was pleasant around the start time but got warmer with every passing mile. There was a hint of pain in the left calf around the 1.5 mile mark but training runs had indicated that the pain would go away if I didn’t stop but shot up if I stopped. Around the 2.5 mile mark, a more severe hint of pain in the right knee showed up (something I hadn’t experienced in any of the training runs) that seemed to subside only if I stopped.

Ping pong-ing between the mutually exclusive set of pains took some effort, and the increasing temperatures didn’t really help the cause. It wasn’t until after the 4 mile mark that the frequent right knee pain (ala getting hit by a baseball bat every quarter mile) disappeared for good, helping me pick up some speed and cruise past the finish line. Fortunately, side stitches (Exercise-related Transient Abdominal Pain) were a no show, and so were the remnants of upper respiratory tract infection. All said and done, I was about 2:30 slower than what I had planned but a good 5:30 faster than last year’s time.

It seemed as if the race didn’t have nearly as many participants/volunteers as its 2013 edition: a new organizing committee, a newer cause (not the Kenner Dome) and a general absence of any publicity about the said changes might have had something to do with it. But given the changes, one too many to count, that I have been a part of myself, things seem different/difficult at first. And I am sure the new committee will do good enough of a job to get the numbers back up for the 2015 edition.

Task for the immediate future is to rest up, let the left calf and right knee heal enough to be in shape for the upcoming Lake Trout Festival Half Marathon in L’Anse. With frequent short runs and a seemingly simple set of exercises paying pretty rich dividends in a relatively short span of time, I will look forward to keeping up with them — along with eating, resting and sleeping on time — and hopefully reaping even more benefits.