It had been a few days since /me arrived in Bangalore from the Cochin Conference and I did catch up with few things – meeting some of my friends, visiting BASE (Bangalore Association for Science Education) wherein I not only had the opportunity to talk to BSS, CVV & HRM (Dr. B S Shylaja, Dr. C V Vishweshwara & H R Madhusudana) but was privileged enough to see the first (trial) screening of Grand Canyon with them 🙂 Let me not get carried away with the Canyon story – I love that place and love the fact that it can make just about anyone very very humble… My high school was also in the neighborhood of BASE and I did visit it, though only few teachers (who taught me over a decade ago) were still working, spending over an hour talking with them (and shooting pictures, should I explicitly say so?). 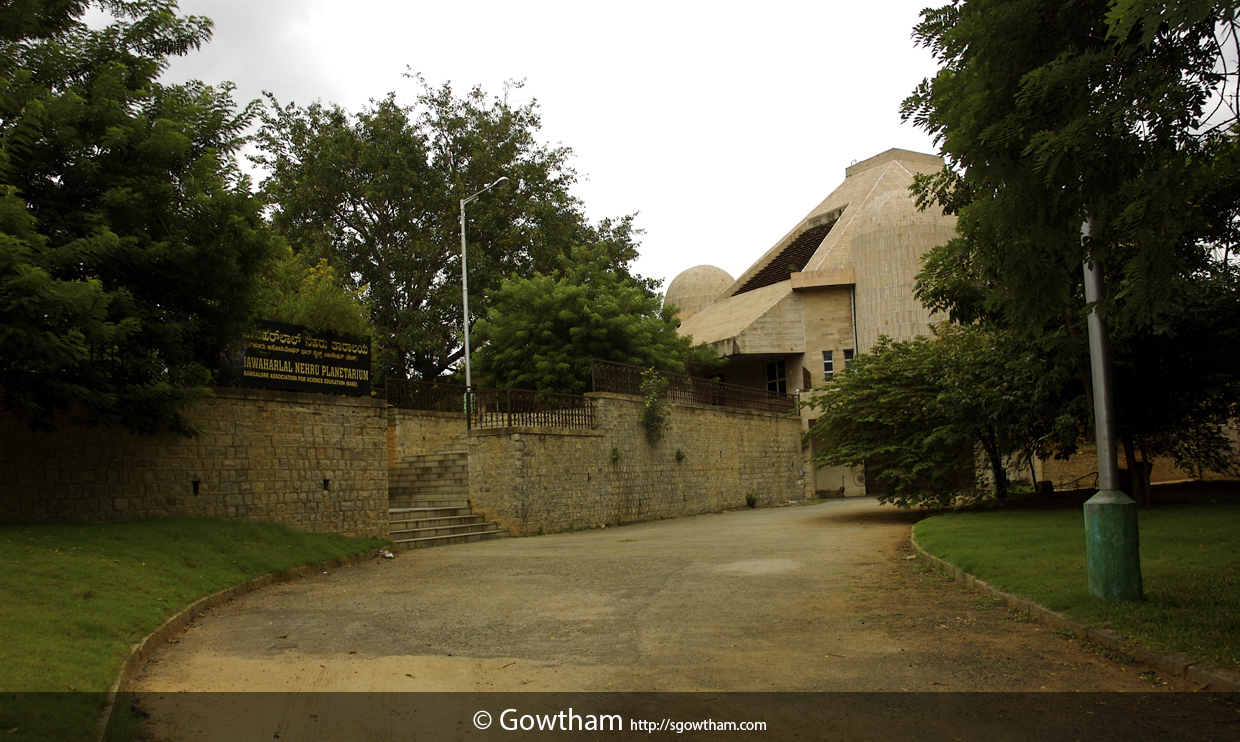 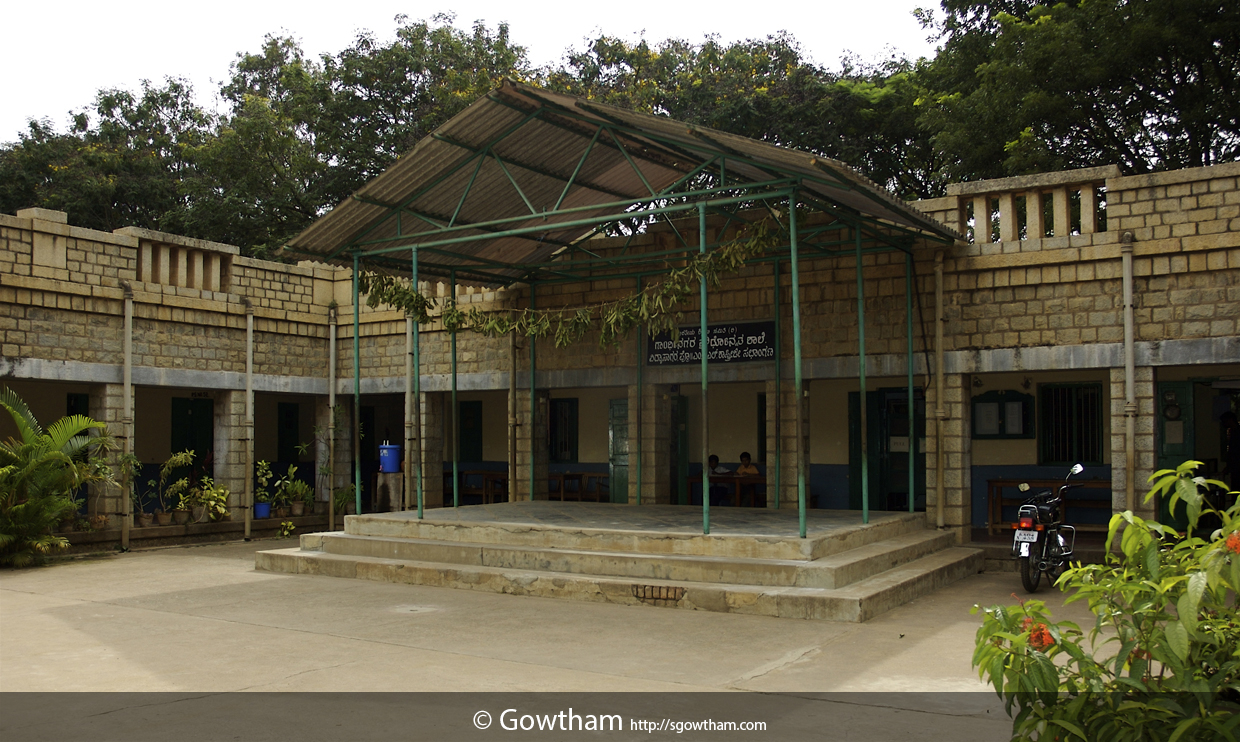 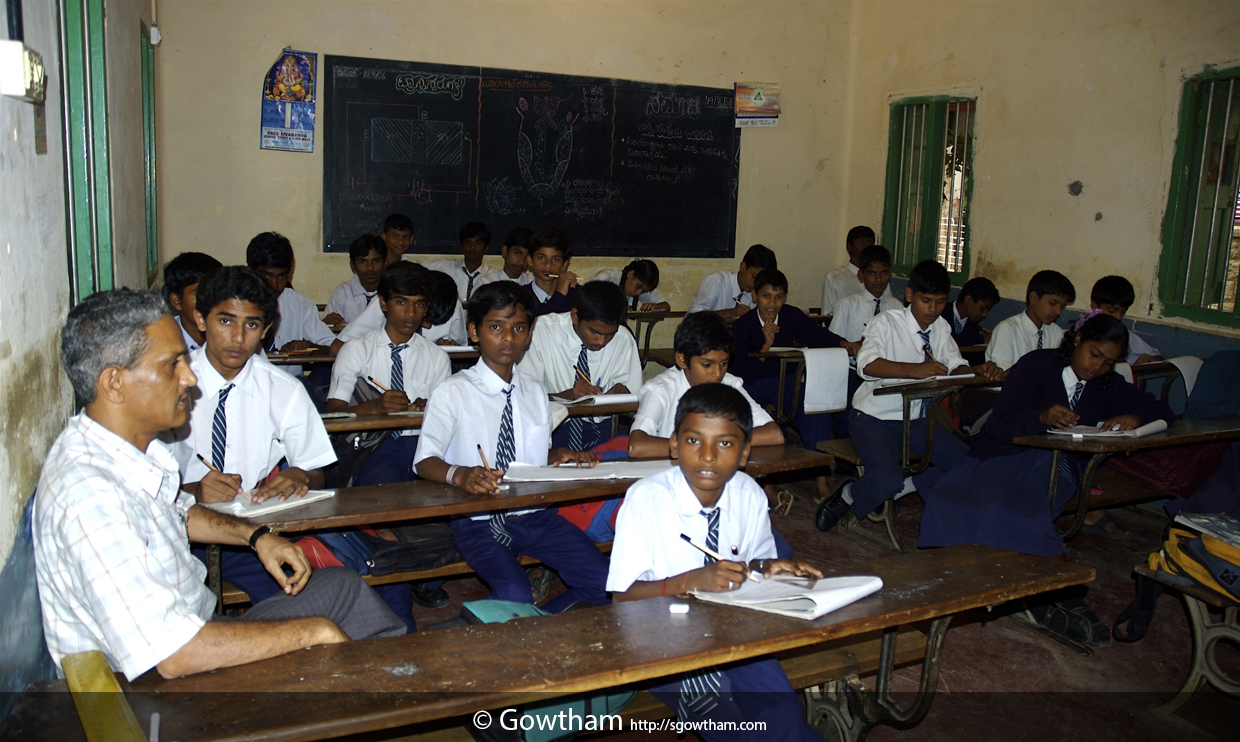 As the Bangalore City Traffic (and accompanying pollution – more about this in a subsequent entry) was beginning to get me, /me decided to wander off to some remote place – a place that has water, trees and some birds – something that looks like (and makes me feel I am in) Houghton. RanganatiTTu Bird Sanctuary was a simple enough choice – mostly because it’s on the way to Mysore wherein I had some important work. OK, enough of setting up the stage and to the actual happenings now…

/me decided to travel in Kaveri Express for historical reasons (it’s a very common feature to find Indian trains named after famous rivers, mountains and warriors and it wouldn’t be an overstatement if I said River Kaveri is the lifeblood of southern part of this state). I was kind of feeling childish (in terms of excitement and not in terms of my behavior) for the length of this travel and below are few shots from my journey up to Sri Ranga PaTTana, located on the banks of river Kaveri 🙂 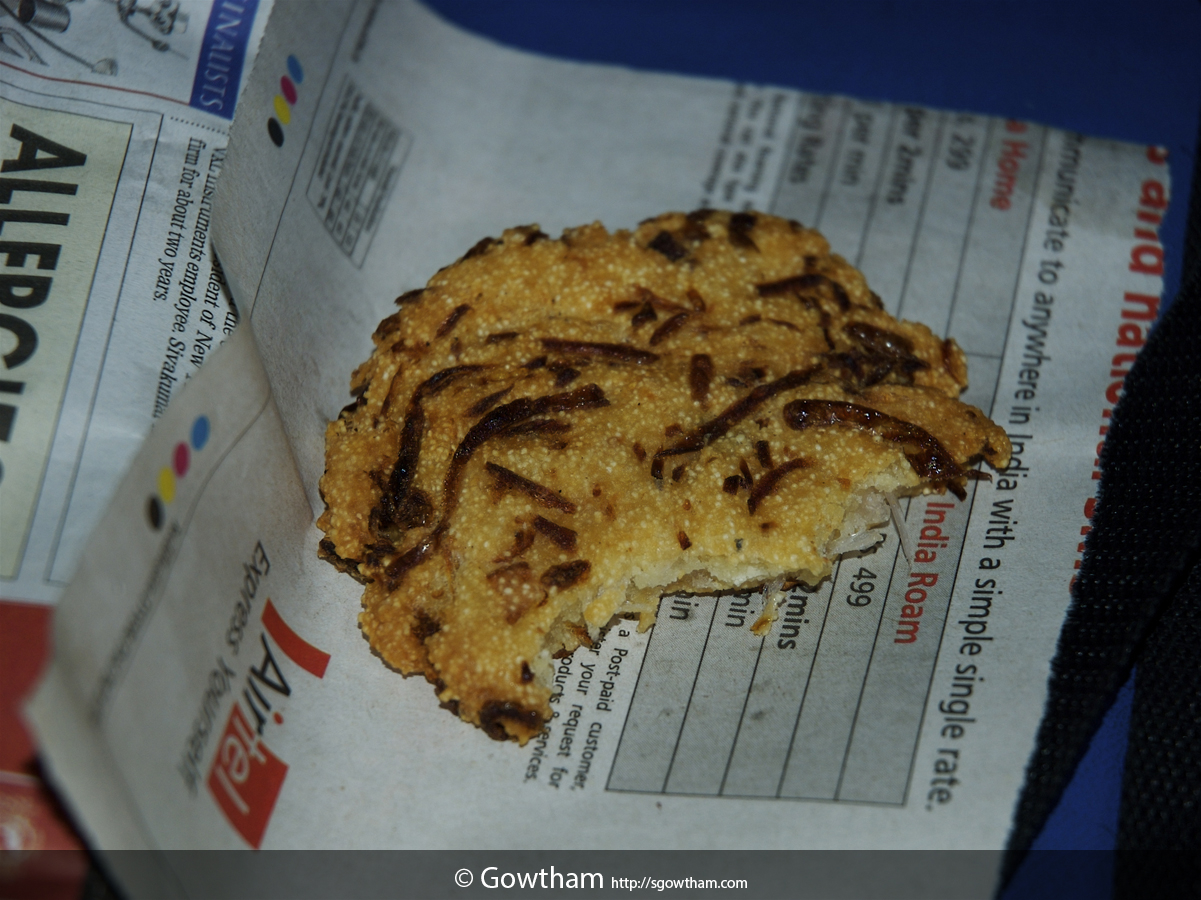 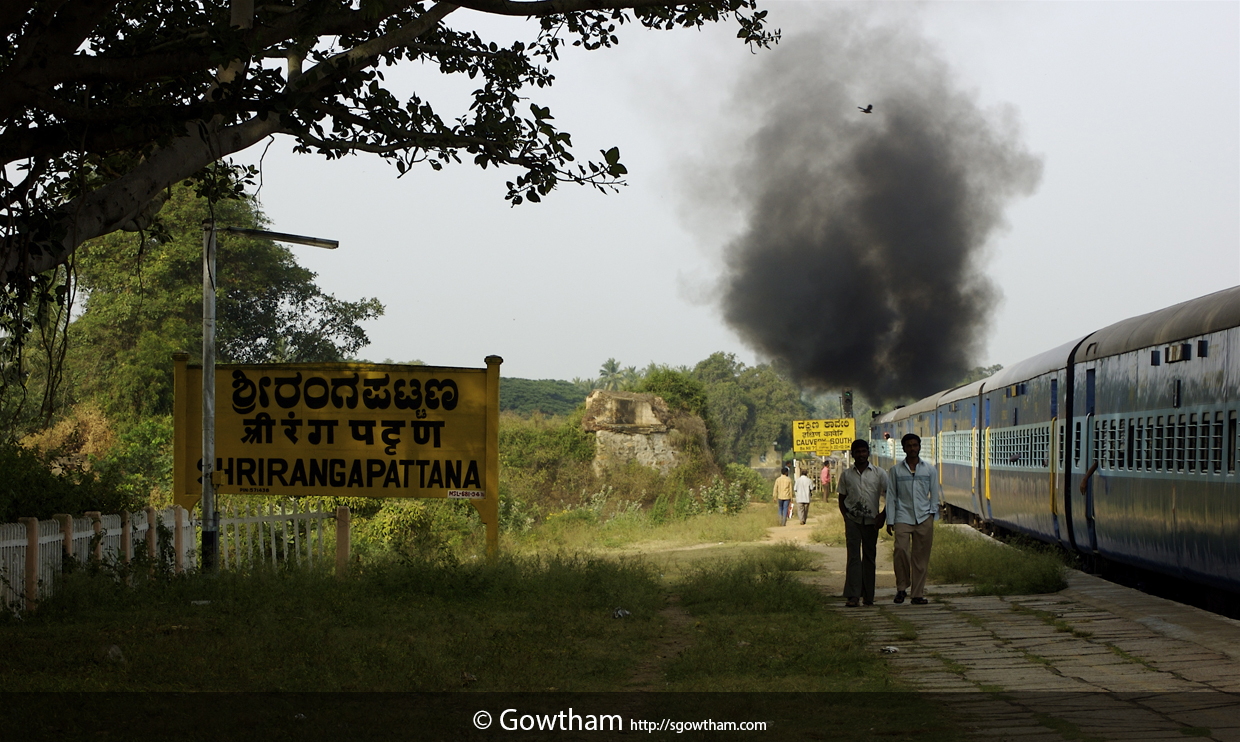 After a short stay at Sri RanganAtha Temple, I walked through the streets of town and what I saw was pretty much the same/similar to what I used to see nearly a decade ago, with minor time-forced improvements. This was the first town where I actually spoke/heard as much KannaDa as I do in Houghton (more about KannaDa in some subsequent entry)! 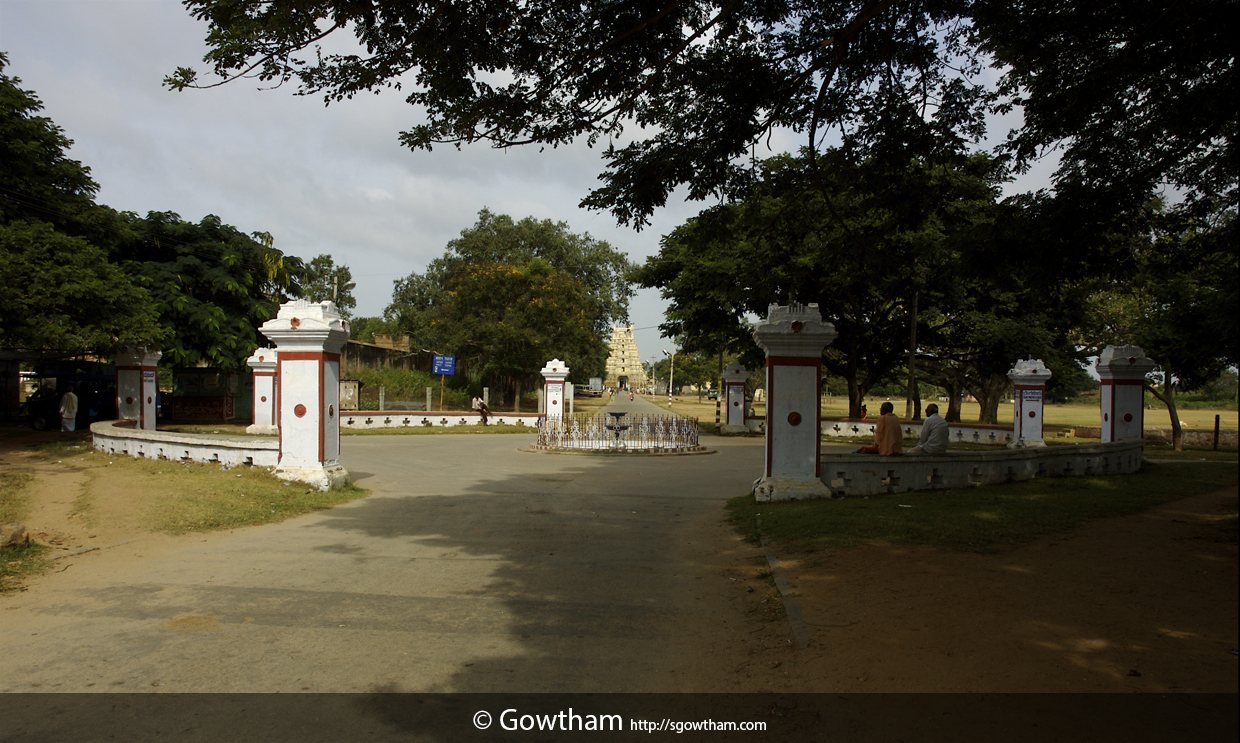 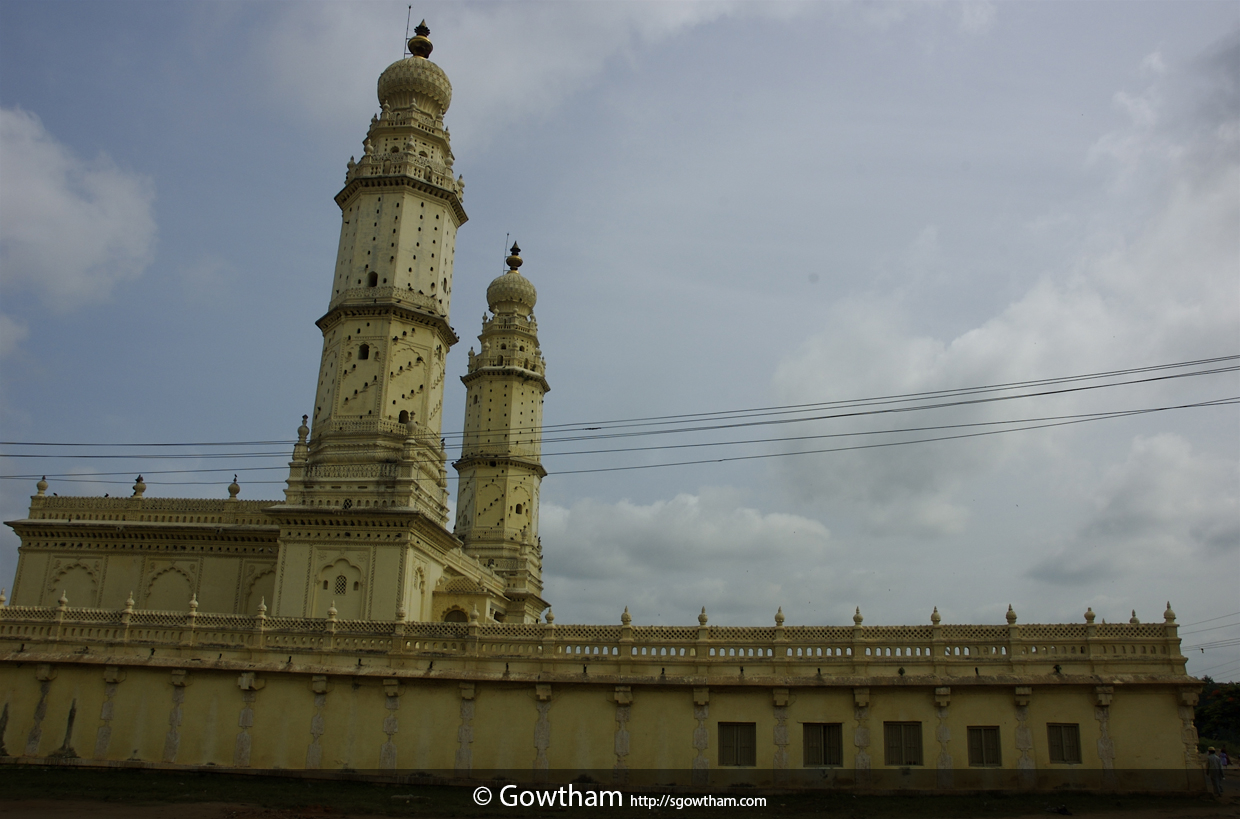 Pictures #1 & #4 describe/portray the religious tolerance (often found pretty much everywhere and often misused by certain groups, mostly corrupt politicians, everywhere; isn’t corrupt politician an overstatement?) that has been followed (and still being followed) for centuries. I didn’t have time to visit other usual tourist attractions of this locality (or I wanted to spend more time in the Bird Sanctuary) and headed off to catch a bus/van towards RanganatiTTu. Short (about 4 km) van ride also reminded me of the olden days – seemingly spaceless van keeps getting filled with more and more people and journey continues as if everyone has their own sweet (or sweat) seat 🙂

As the van that dropped me off at the entrance of RanganathiTTu disappeared into the woods, /me too slowly started disappearing into the woods – only on the other side. After a good 20 minute walk, punctuated by short stops necessiated by my craziness for photography, I was in the sanctuary – only to learn that the boating was canceled (the dam, KrishNarAja SAgara – KRS, was filled and Sanctuary officials didn’t have the permission to conduct boat tours). Pretty disappointing but there wasn’t much that me (or anyone else) could do. So, I just roamed around shooting pictures of what I saw – some birds were courteous enough to fly in my direction too 🙂 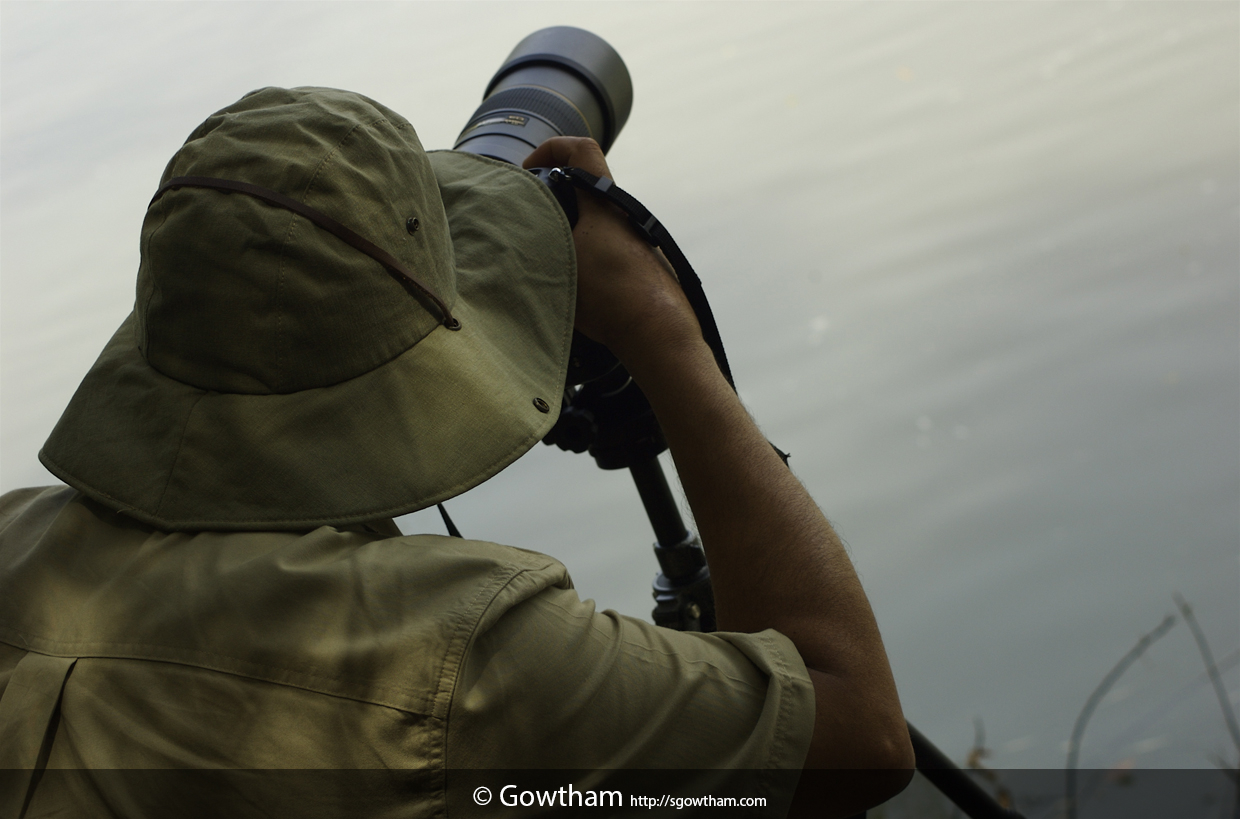 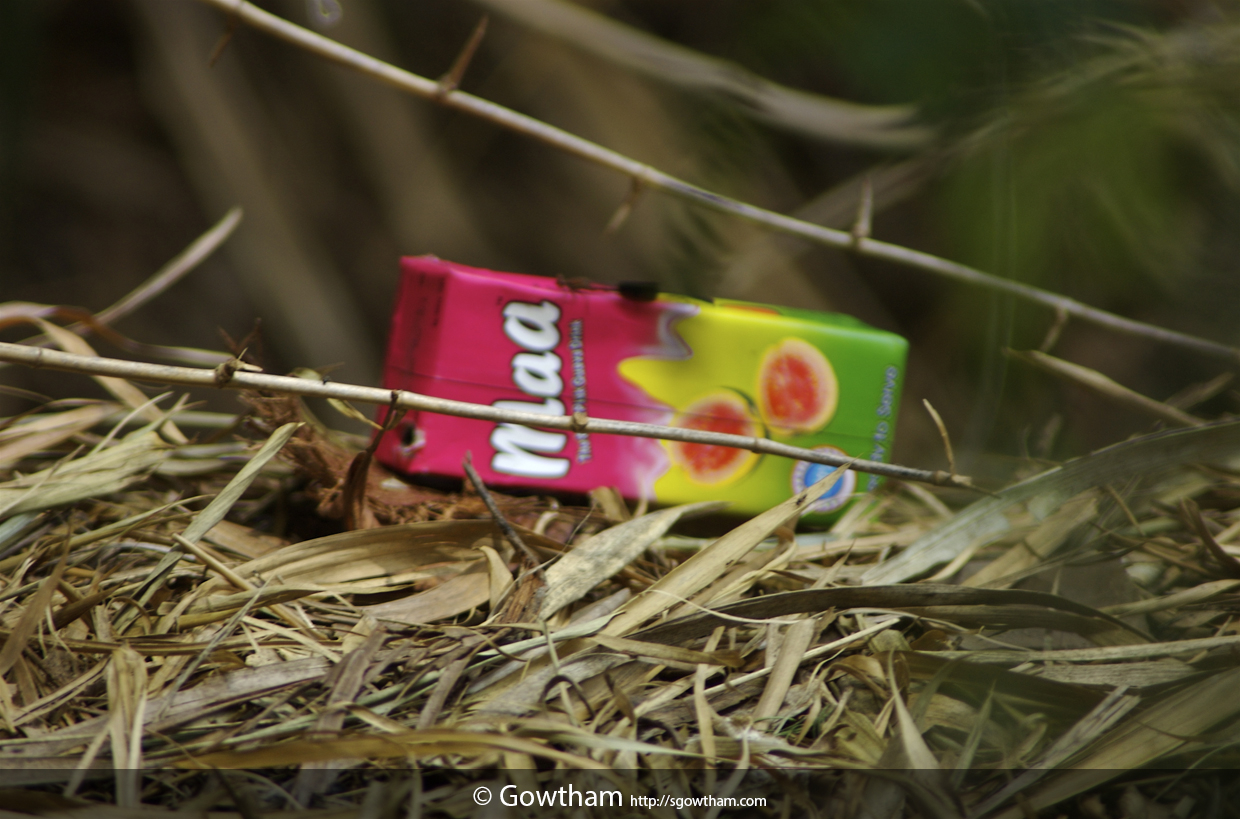 I was very pissed off to see things such as in picture #5 and just couldn’t (and still cannot) understand a simple thing – a certain some a$$hole who follows every damned rule/regulation when in a foreign country but fails to stick the same rule/regulation when in India. May be because that certain someone is an a$$hole and/or that (s)he thinks that having paid the entry fee gives them the freedom AND that freedom is their licence to destroy. Government/Forest Department (or whoever is in charge of this and such areas) needs to get a serious whipping. It’s just not this trash thing but the islands in RanganathiTTu area need re-vegetation – if birds have to come back, and many such things that still irritate me.

Enough of me letting out some steam. I asked few localites/gardeners to inform me when boating re-starts and started walking back to the main road. I was kinda lucky enough to see three main modes of transportation that local villagers use – foot, bicycle and bullock cart 🙂 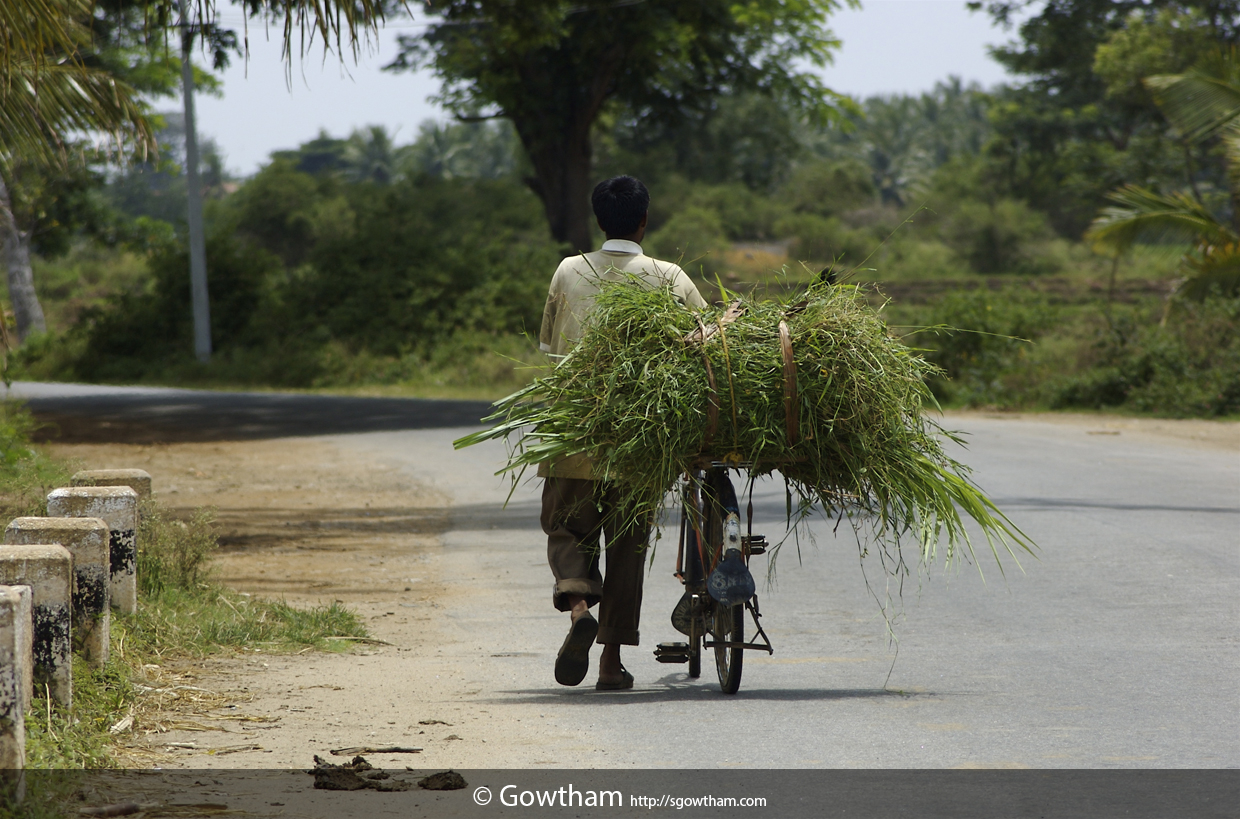 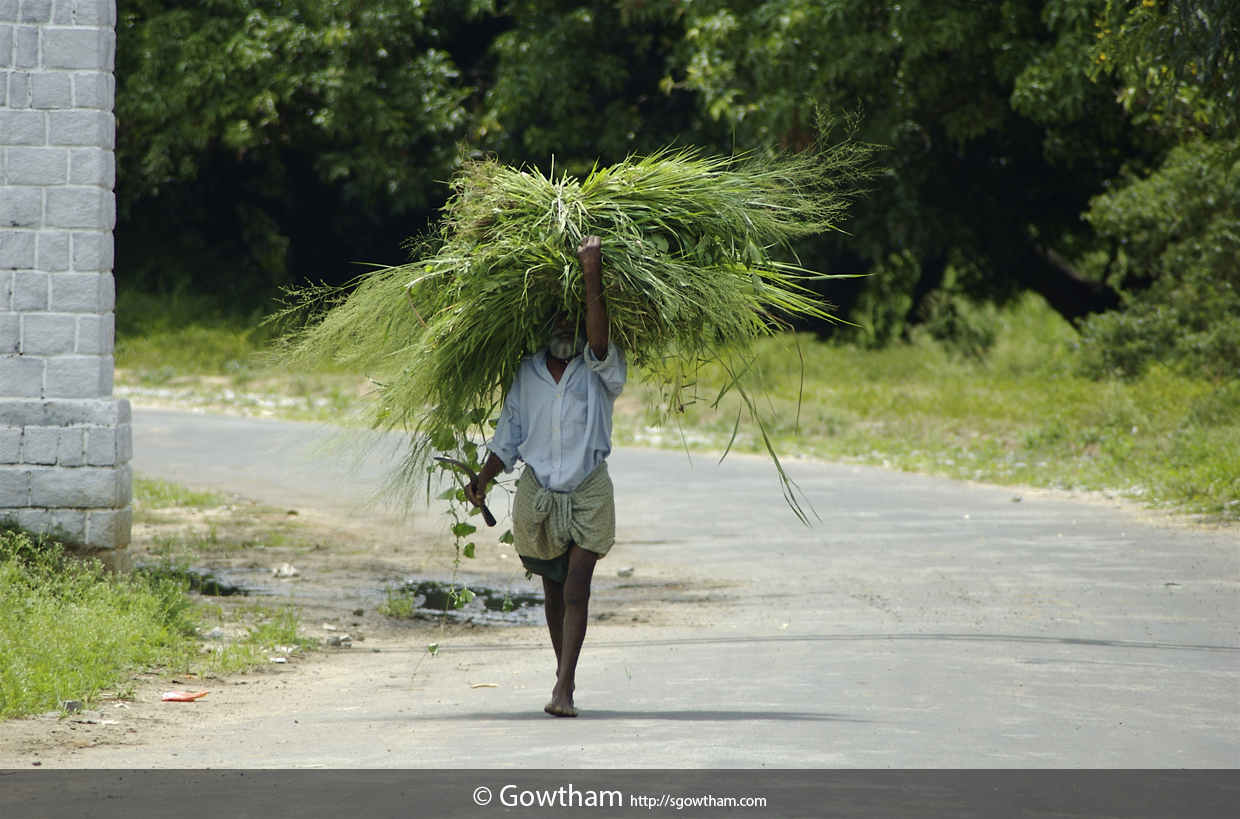 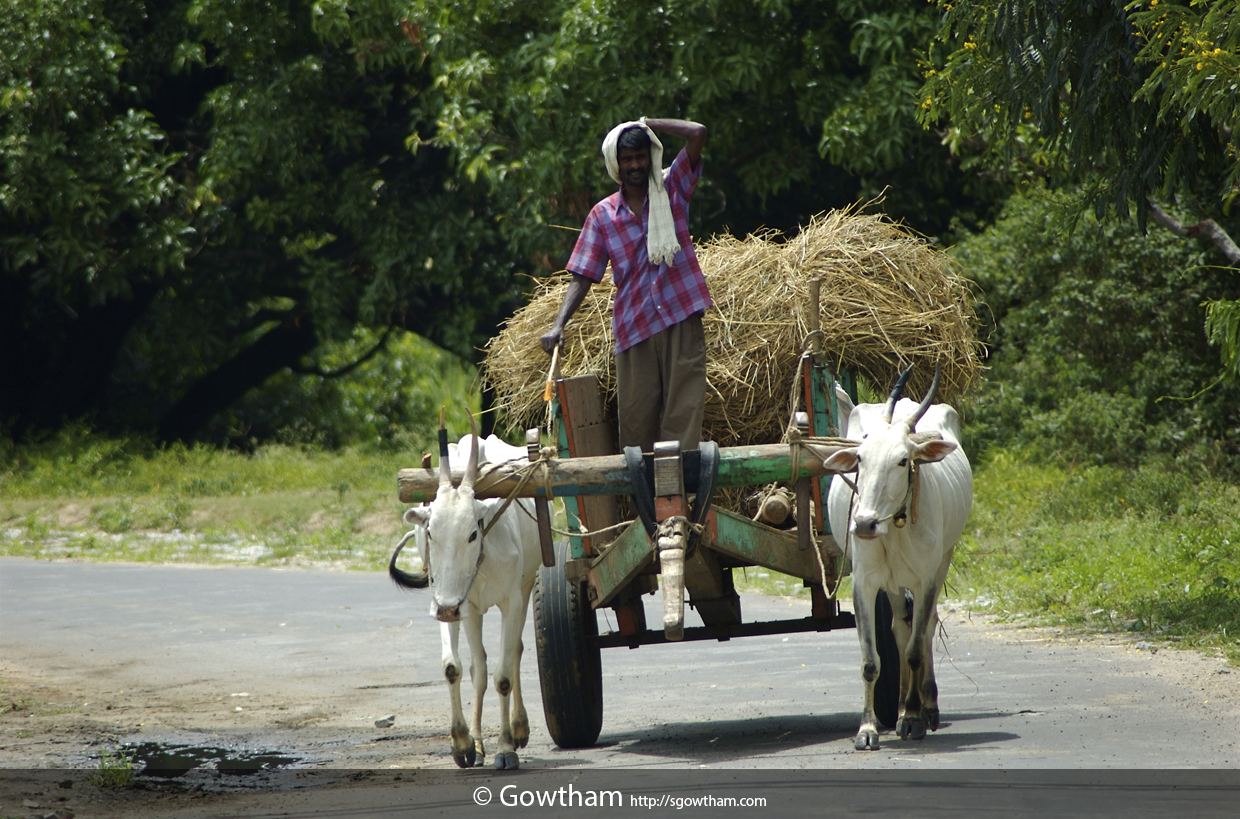 While waiting for a bus/van, a biker (motorcyclist) offered me a ride – pretty kind of him. I reached Mysore shortly thereafter (around 3.30pm ish) and it was a pretty sight to see this town retain much of its glamor. Glamor not it terms of bling-blingy streets with people wearing fancy clothes but more in down-to-earth terms. St. Philomina’s Church has been, for as long as I can remember, the tallest structure in this town and cool thing is that it still is. Almost every house still has a garden in front and there is more greenery to please one’s mind; traffic isn’t out of control yet and one can still walk long distances without getting tired much 🙂

After (while) finishing up the important work, I got some glimpses of what this town has to offer – pleasant mornings, quiet streets, artistic buildings, majestic palace and such – needless to mention, I had some awesome food in more than one place 🙂 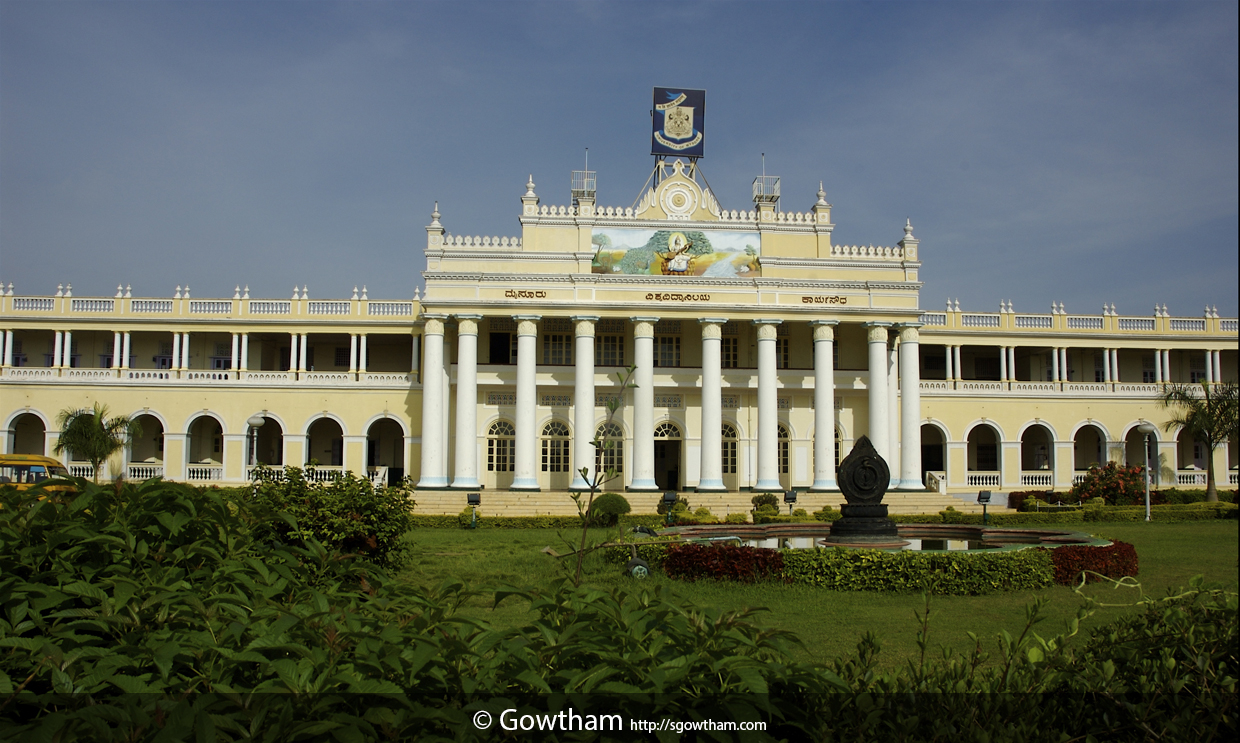 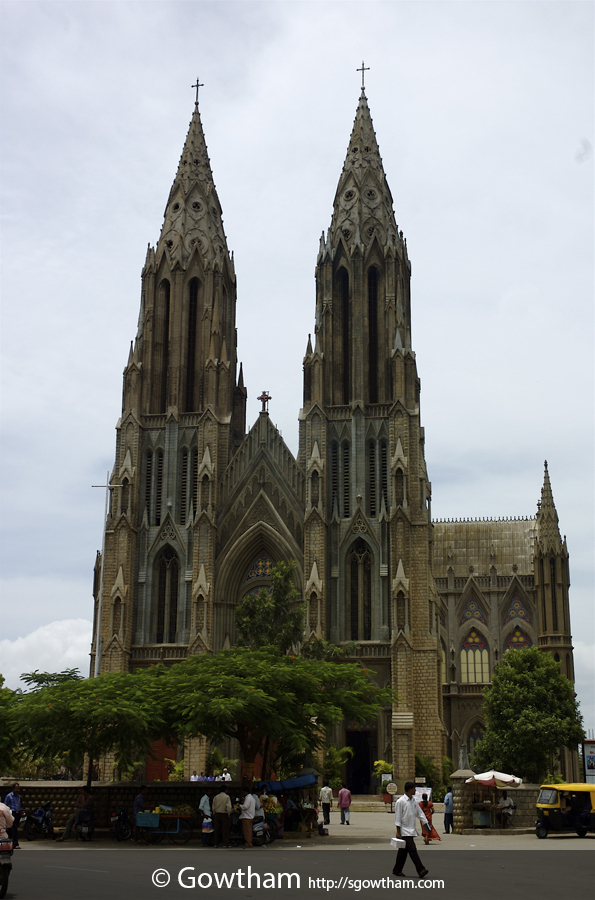 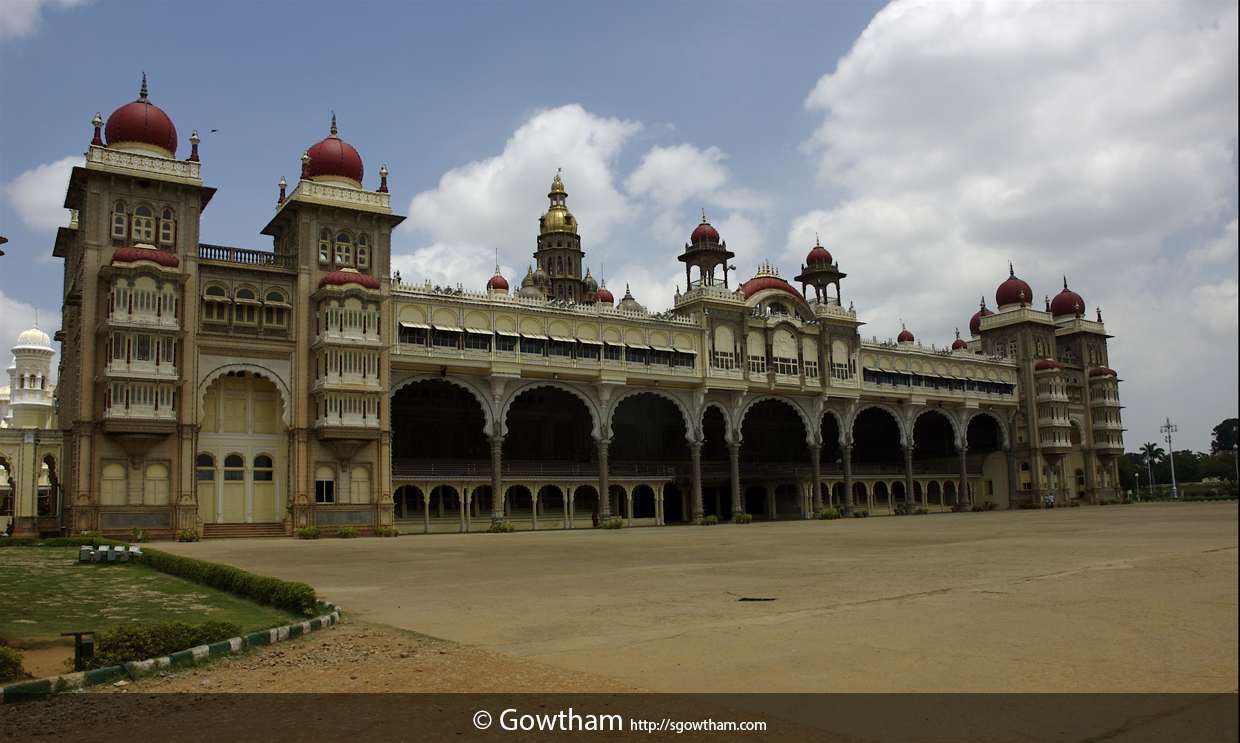 Probably the most (and only) entertaining part of the return journey was the quality of the road – a relatively newly laid 4 lane high way is an eye-candy for sure. I never remember such smooth road and I have been told about a more sweeter eye-candy (called Nandini Infrastructure Corridor) that cuts down Mysore-Bangalore journey time to just about an hour or so. Well, timing of my entry into Bangalore wasn’t the best (actually the worst) as our bus hit the evening rush hour traffic. Breathing in the overly polluted Bangalore outskirts brought me down completely – with severe headache (and such other feelings). It took a full day’s rest along with a short trip to a doctor and some antibiotics to partially recover from all these… This also meant that I failed to keep my scheduled appointment with a friend of mine in Tumkur and it felt shitty as I couldn’t even inform him about my no-show 🙁

Later that evening (26th Aug), I got to see a bunch of my buddies from college – Rags, Rithesh, Surya, Dr. Vathsa – all assembled at Santosh’s place. It was good time and while watching some hilariously hilarious spoofed movie, Kalyan called to confirm the B R Hills (BiLigiri Rangana Hills) trip and that we would leave next day around 6.30am ish. Well, this trip (to B R Hills) would be the perfect medicine to my beaten-up body (and mind) and expect to see some wild pictures in about a week or so…