We (Kalyan, Phillip Ross and yours truly) set off on a pleasant Sunday morning, amidst not so much traffic, far far away from concrete jungle and towards a more natural forest. I was very very impressed with the quality of Mysore-Bangalore 4-lane highway (last time around, I had slept for much of the journey) and also the food at Kamat Lokaruchi, one of the several popluar drive-in restaurants. Discussions for much of the journey hovered around bird watching (not the colloquial type but the literal one) and needless to mention, much of it flew past my head in a jiffy.

We adopted the outer ring road near Mysore and about 90 minutes drive, through snake-like roads through the hillish area, took us to Jungle Lodges & Resorts in Kyatadevara Gudi (popularly known, amongst the people who know it, as K Gudi). Being an ardent admirer of natural beauty, it wasn’t hard at all for me to figure out why Kalyan, Phillip (and many more) had fallen in love with this place, especially when one takes into account the variety of flora & fauna it has on its menu! 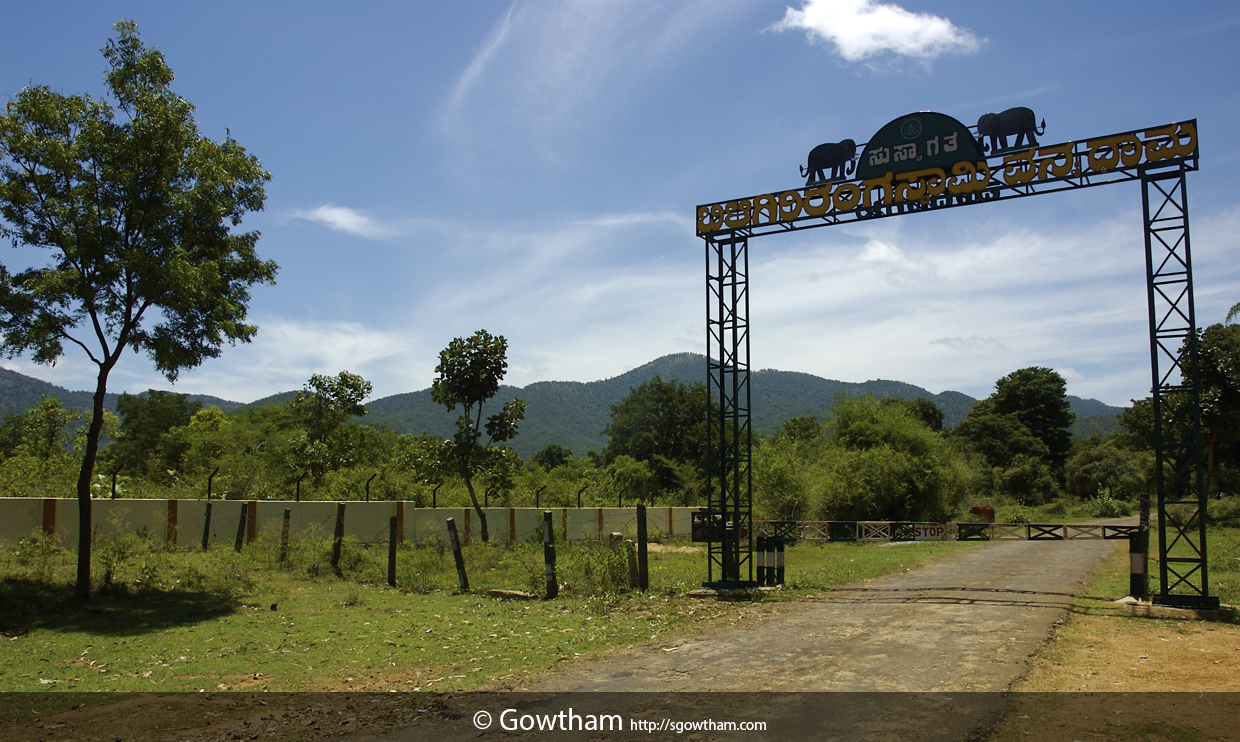 As I was slowly beginning to fall in love with the surroundings myself and food was getting ready, Kalyan was busy with something else – very pretty to see him play with (and feed) monkeys in a seemingly effortless fashion 🙂 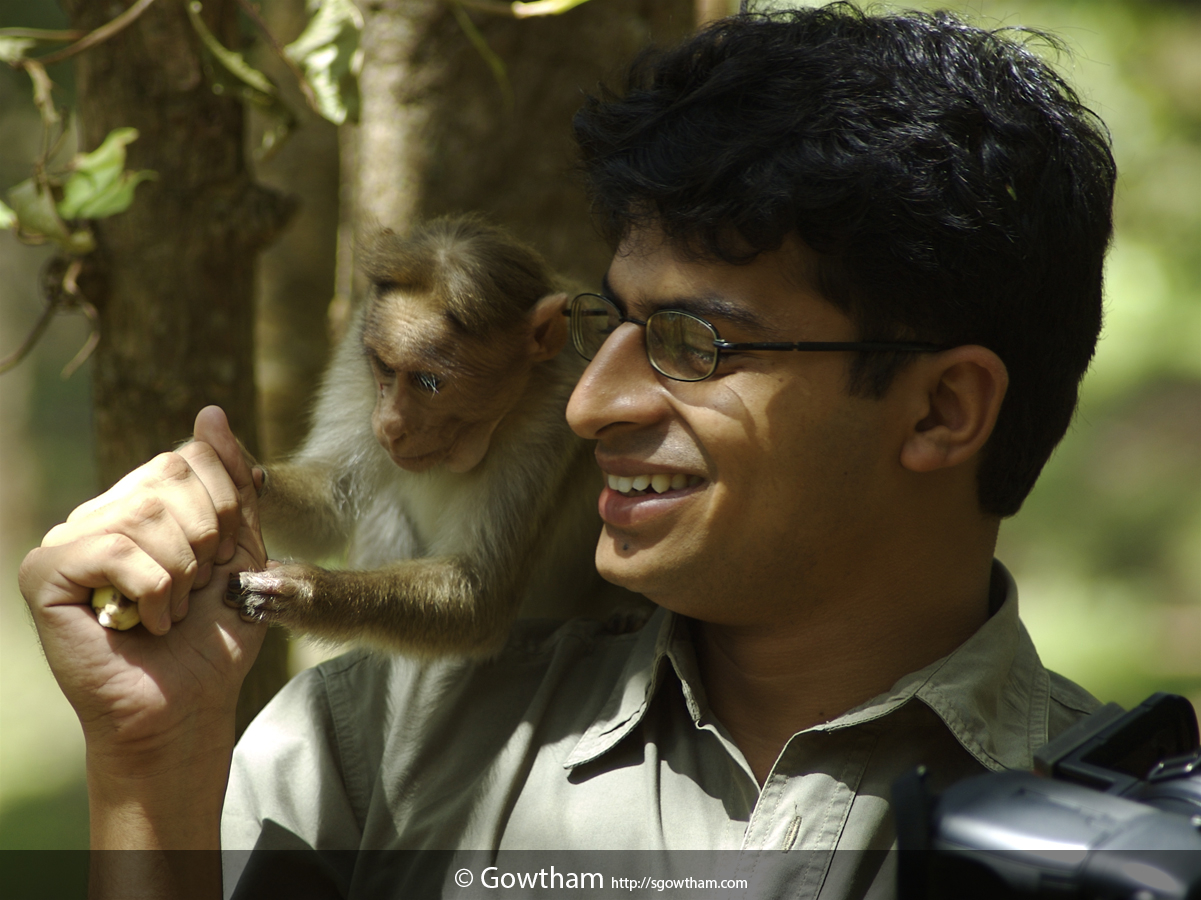 Jungle Lodges & Resorts (JLR) have done (been doing) an excellent job here – the accommodation (and other facilities) are nothing short of 5*, given the location and its remoteness. There are several log huts to sleep in and a common dining place. If monkeys keep company during daytime, wild boars take up this duty at nights 🙂 While we were busy with our (very tasty and filling) food, bunch of monkeys decided to have their group picture taken! 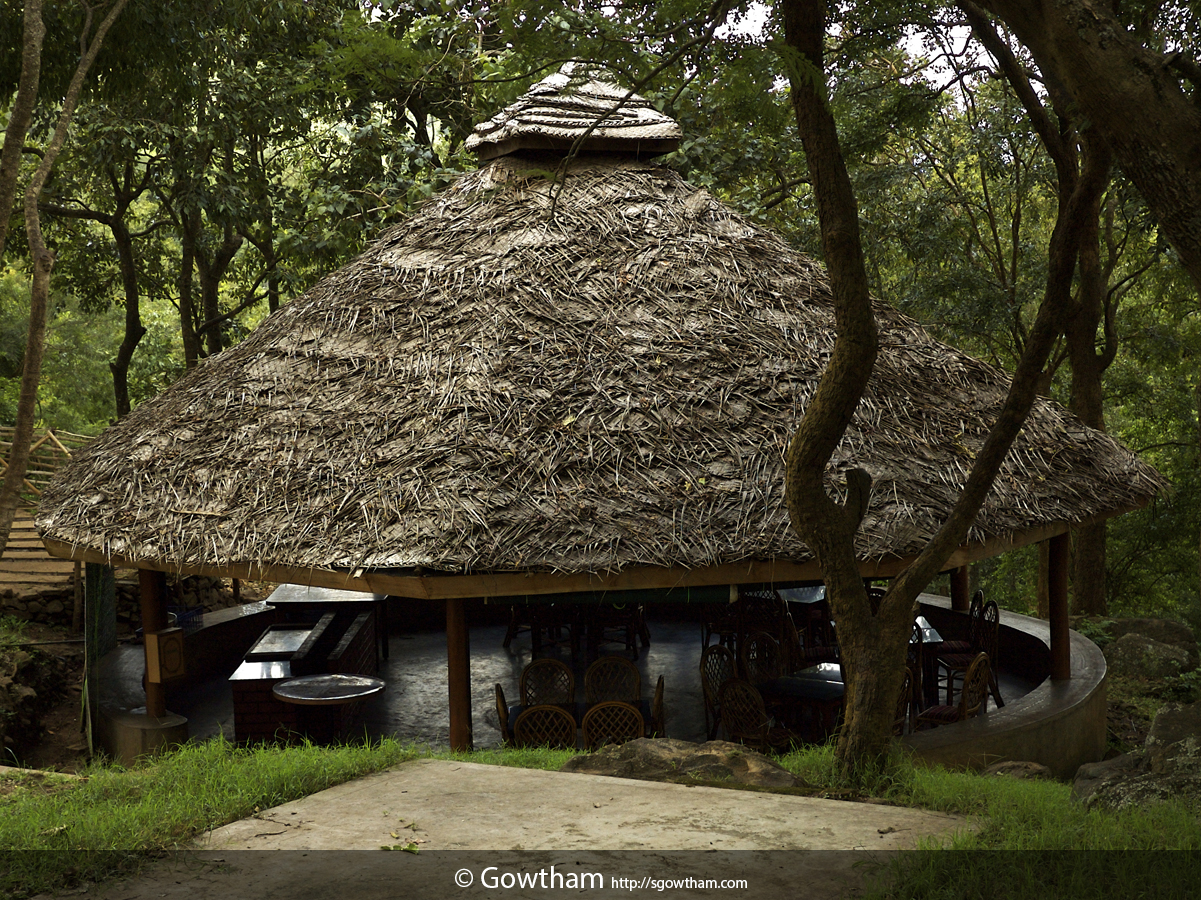 For the next 72+ hours, barring food & sleep times, all we (Kalyan, Phillip and myself) did was go on safari (with Mandanna, Thapa, Sudeesh, Dr. Prashanth), watch wild life and/or talk/discuss about it. I did few stupid things and let me explain them in detail, so that you shouldn’t repeat them:

Below are some pictures taken during many of our safaris – most of them were through the unusual routes that even some of the regular visitors hadn’t seen before. 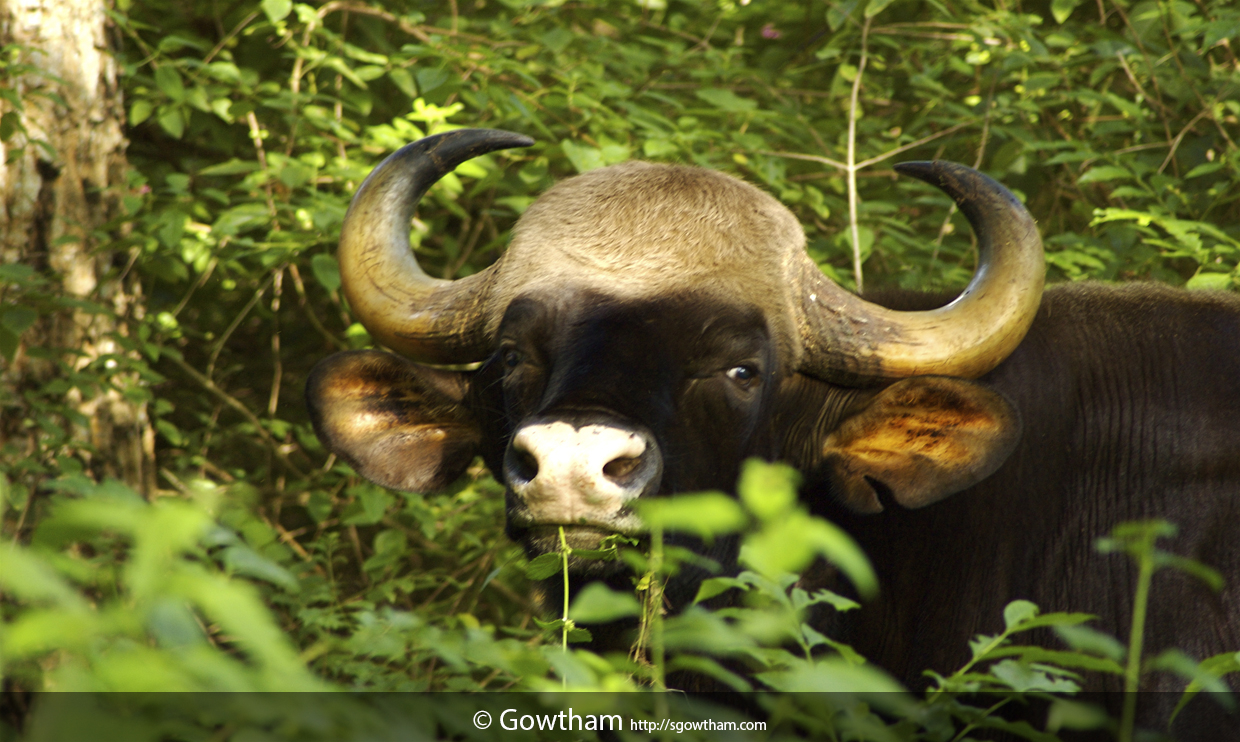 Wondering as to how did I learn so much about these birds/mammals in such a short span of time? Phillip, Kalyan and Mandanna were kind enough to identify most of them, especially birds, for me after (or in between) safaris. Though not as crisp as any of the above and though not my best shot, following is my proud possession – shot of tigress looking directly towards us. Upon sighting this, we notified the other jeep in the vicinity and by the time they came, tigress had disappeared. One of them was so disappointed that he recorded a video clipping of this picture. Not only that, it gave us bragging rights for the rest of our stay in K Gudi and gave us a proud topic to discuss with friends/relatives 🙂 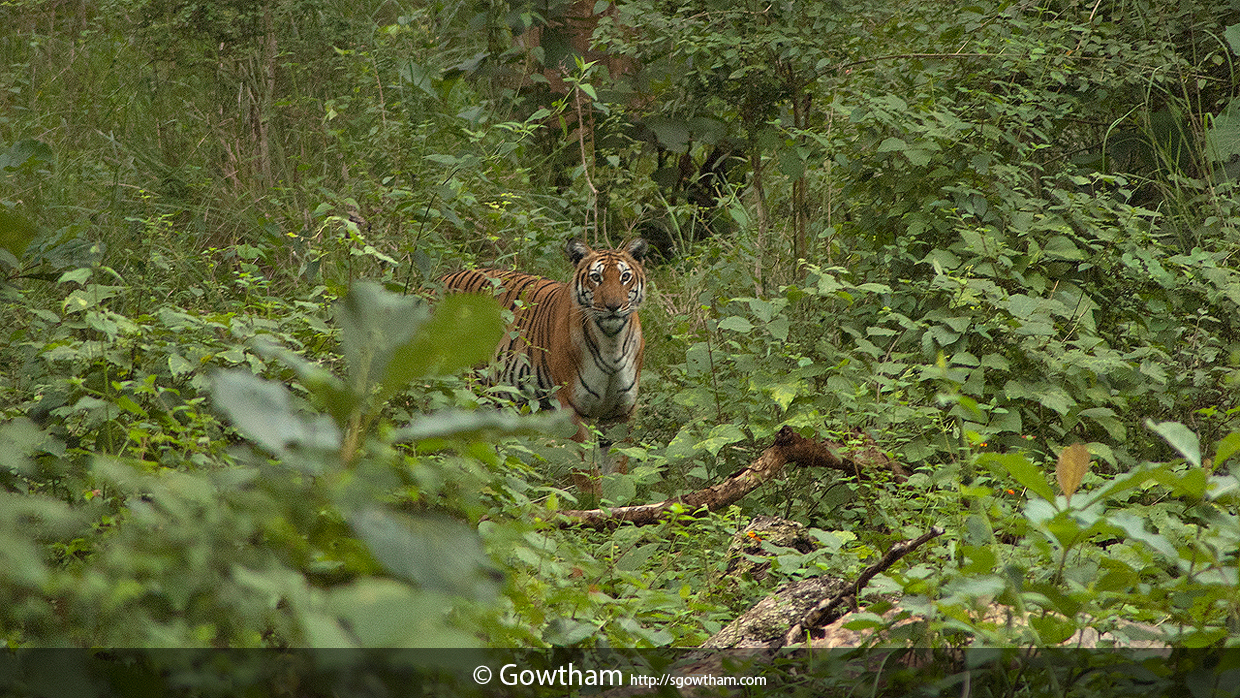 Apart from the fact that this 4-day stay in the forest helped recover my health while providing some awesome sights for my camera, I did learn quite a few things – mostly DOs and DONTs about the area. During some of our safaris, we saw plenty of a$$holes honking their way to glory (glory of what, I have absolutely no clue), even when there was absolutely no need to honk. A bunch of people showed up the second night turning the dining area into a Babbler Zone (Babbler is a bird, often found in groups, that can drive one crazy with its sound and hence the name Babbler) though Kalyan (and Mandanna) informed that the group was lot polite and well behaved than most others. I was also very happy to learn that sale/usage of plastic is prohibited and so is excessive use of booze & smoke – those found guilty of violation are usually hung upside down from a tree deep inside the forest & rest of your group usually gets banned for life from entering this area again! Probably, most important lesson of all was that this place is not a get-away from your mundane, busy city life (there are other places designed just for that) but only for those who have a wild orientation…

If you are wondering as to what’s the point in shooting such wild life (insects, birds, animals, etc.), you probably aren’t the first one. And, it’s probably in such situations that DVG’s Kagga comes to one’s rescue:

A crude transliteration of the above verse/hymn means: “Doesn’t a major portion of creation seem wasteful? Is there any meaning in creating millions of worms and insects? The creator is being extravagant without thinking” — is the explanation given by people with half-insight.

The return journey was pretty much similar and we decided to try out the much talked about Nandini Infrastructure Corridor. There were couple of good things – first, there was no toll fee and second, road (and side views) is an awesome piece of work. For a while, I felt like I was zooming through some freeway in US and I just cannot wait to see this road in full glory – when one can travel from Bangalore to Mysore in just about an hour! Health seems to be better but still there are some nagging issues – if they don’t vanish soon, you probably know where I will be for much of my remaining time in India 😀